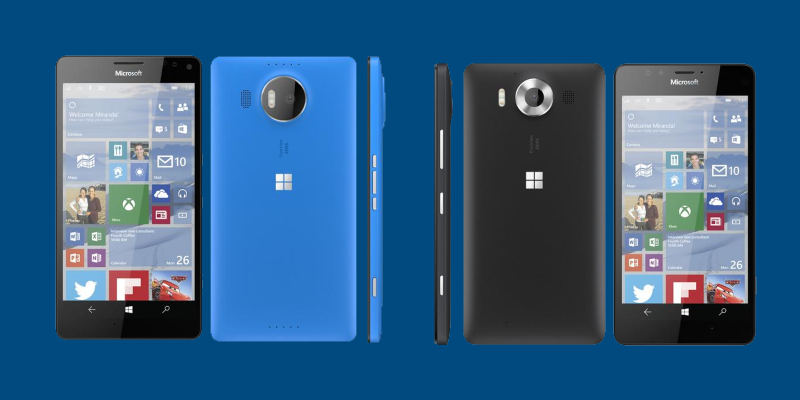 Microsoft Lumia 950 to arrive in stores on November 20

According to sources close to Microsoft, the Lumia 950 and the Lumia 950 XL will become available for purchase in the United States before the end of the month, to be more exact, starting November 20. Microsoft’s flagship devices will arrive on AT& T, but the unlocked version of the 950 XL will also become available on November 20, customers being able to purchase the smartphone from Microsoft’s retail stores. According to Windows Central this timing of the release is the most reasonable one, being only a week before Black Friday, which falls on November 27 this year. Microsoft’s Lumia 950 and Lumia 950 XL will get in stores just in time for the shopping frenzy .

The timing is also perfect since Microsoft’s efforts to ship the Windows 10 Fall Refresh and Windows 10 Mobile seems to come to an end. According to reports the Lumia 950 and the 950 XL will come with the latest operating system update out of the box, when they hit the shelves on November 20. There are some concerns related to some of the features of Windows 10 Mobile, specially the Windows Hello feature that is not clear if it will be available on this version of the OS or not.

Although there was no official announcement made regarding the price of the Lumia 950 and the 950 XL, some people suggest that a $99 price for on- contract sales could be expected. As for the unlocked version of Microsoft’s flagship devices, it seems that the Lumia 950’s price should be somewhere around $549. Whether these predictions will prove to be accurate, we’ll see on November 20 for sure.

The two flagship devices of Microsoft were announced in October, so Windows 10 Mobile users are surely eager to get their hands on the Lumia 950 and the 950 XL, and now it seems that they don’t have to wait that much longer. The smartphones will become available in less than two weeks, just in time for the Holiday season.

I have always been eager to try out any gadget I could get my hands on. I became a tech journalist so that I could always be around technology and see the newest devices. I use gadgets every day to make my work and life easier. I have enough experience to know If a device is actually improving my activity, offers something useful or new. I will post my honest opinions and judge a device as objectively as I can.
@https://twitter.com/Colin27Anderson
Previous Google’s Expeditions VR Platform Is Extending to Another 15 Cities
Next OnePlus X vs. Moto X Play- Which X grants a better Xperience?