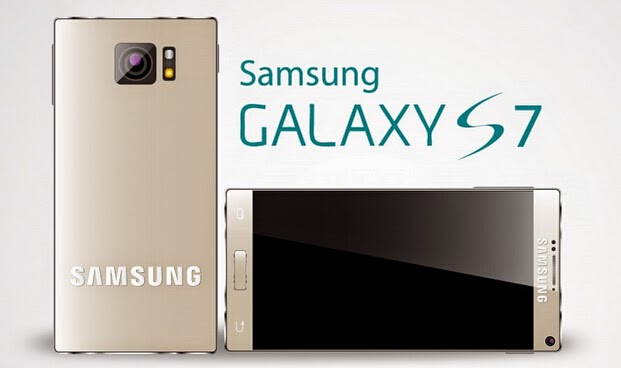 Samsung is one of the most known gadget manufacturers in the world, its products are sold all around the world and have seen great success. Tech enthusiasts have seen a large variety of Samsung devices hitting the market every year, these devices range from top of the line flagships with a premium build and price tag to mid-range and budget phones. The “S” series is Samsung’s premium smartphone line, the devices that are released from this series come with the newest technology and are equipped with the best display, camera, chipset and the construction is made using the best materials Samsung can offer.

So far there is no official launch date for the Galaxy S7, but as is the case of most highly anticipated gadgets, the rumors regarding almost every aspect of that device start to surface a long time before any official statement. As time passes, more credible sources leak information about the S7 and an image comes to life that describes the design, specs and features of Samsung’s new flagship phone.

Samsung has announced its last couple of flagship phones during the MWC event, if they follow the tradition we might see the release of the new Galaxy S7 on the 22-nd of February during the MWC 2016 event. This is not confirmed and several rumors suggest that we might see the device sooner than expected, maybe before Christmas. These rumors are based on a leaked information from an inside source, claiming that Samsung started work on the Galaxy S7 2-3 months ahead of the original schedule.

The Galaxy S7 could be a slightly larger device than its predecessor, boasting a 5.7″ flat or curved screen with QHD resolution. An interesting rumor says that Samsung is developing their own screen protection, names “Turtle Glass”, a product that will replace Corning Gorilla Glass 3.

Samsung wants the S7 to be a synonym for quality and premium, the overall design of the new smartphone will be similar to the Galaxy S6, but the materials are supposed to be superior. The frame will be constructed out of a new magnesium alloy, offering much more strength to the frame than what the aluminum alloy ever could. The back is rumored to be made of glass, similar to the previous generation and would indicate a non-removable battery.

The first piece of hardware any user interacts with is the display, we are not 100% sure on its size, we have reasons to believe that it will have a function similar to Apple’s 3D Touch. In April 2014, a patent was filed that describes how the different forces used to push on the screen will generate different voltages and the phone will interpret those signals separately and react differently to each type. This technology is called “Clear Force” and is developed with help from Synaptics. It is almost certain that the Galaxy’s S7 virtual keyboard will harness this technology and, for example, a harder press when writing will generate capital letters.

It seems that Samsung is going back to Qualcomm for their chipset, on the previous device they dropped the Snapdragon 810 because of its overheating issue. Apparently the new Snapdragon 820 is performing well and teaming up with Samsung will be a big win for Qualcomm. On October 29 a statement released by Qualcomm says that the Snapdragon 820 meets Samsung’s requirements and optimization is ongoing.

Samsung will bring new features to the camera with the new device, there are 2 main rumors regarding this aspect. The first is that Samsung will use Sony’s IMX300 sensor, the one we see in the Xperia Z5. The other rumor is based on Samsung’s effort to trademark “Britecell”. This is a new image sensor that will replace Isocell, Samsung’s current camera sensor. The name Britcell indicates that the new sensor will capture more light and this would increase the image quality without needing a sensor with a large number of megapixels.

Using the new type of sensor, which might have a size of 1/2.0″ the camera will be able to record high quality images with just 12 MP resolution. We’ve seen this kind of technology work well on the new Nexus phones, their camera has a 1/2.3″ sensor with 12.3 MP resolution.

I’m sure that several rumors will surface before the release of the Galaxy S7 and the final product might be very different to what we know at the moment. One aspect in which people are almost certain is the price tag, and that it will cost less than the S6.

I have always been eager to try out any gadget I could get my hands on. I became a tech journalist so that I could always be around technology and see the newest devices. I use gadgets every day to make my work and life easier. I have enough experience to know If a device is actually improving my activity, offers something useful or new. I will post my honest opinions and judge a device as objectively as I can.
@https://twitter.com/Colin27Anderson
Previous Firefox for iOS is finally here
Next Facebook’s 360 videos are now on iOS