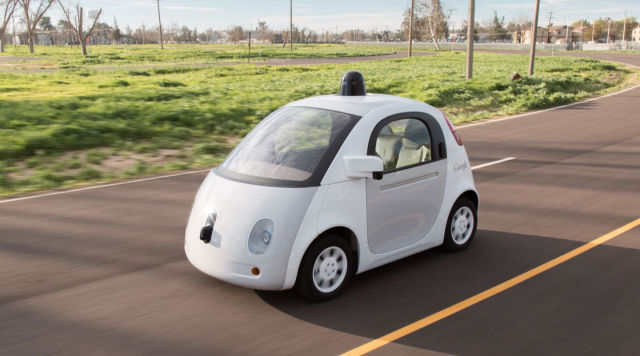 Google’s autonomous cars are allowed to freely circulate in California, but it seems that one of them got into trouble. The Google car got pulled over by a police officer that noticed that traffic was backing up behind the self- driving vehicle. It’s no wonder that traffic was getting heavy since the bubble car was driving with 24 mph in a 35 mph zone. Although Google didn’t get a ticket for their car’s behavior this time, they did impede traffic per 22400(a) of the California Vehicle Code. The self- driving car had every right to be on the road it was stopped on since Google cars are allowed to be operated on roadways with speed limits as high as 35 mph.

According to a blog post by the Mountain View police department, an officer spotted the car that was causing the heavy traffic and pulled it over. After realizing that it was an autonomous car of Google’s, the policeman contacted the operators and “educated them about impeding traffic.” If it were a human at the wheel they would have definitely been shunted by other participants at the traffic. Although it was travelling in a 35 mph zone, the car was driving extremely cautiously at 24 mph, mainly because the Google cars’ speed is capped at 25 mph by the developer, for safety reasons.

The cautious approach seems to be an intelligent one since in the 1.2 million miles of self- driving tests, there were only 14 accidents reported, none of which were caused by the bubble cars. Of course, due to the fact that this tiny self – driving vehicles are overly cautious they were hit a few times by the vehicles behind them, but the Google cars couldn’t be blamed for these incidents. The bubble cars respect the laws and they are extremely prudent so there aren’t really many scenarios in which we can imagine the Google car to be responsible for an accident. As Google representatives stated, the company is quite proud that in all the tests they never got a ticket. They won’t get one for speeding, that’s for sure.

I have always been eager to try out any gadget I could get my hands on. I became a tech journalist so that I could always be around technology and see the newest devices. I use gadgets every day to make my work and life easier. I have enough experience to know If a device is actually improving my activity, offers something useful or new. I will post my honest opinions and judge a device as objectively as I can.
@https://twitter.com/Colin27Anderson
Previous Fossil Group to acquire Misfit for $260M
Next Tesla Model X is the new status symbol – Batmobiles are paseé