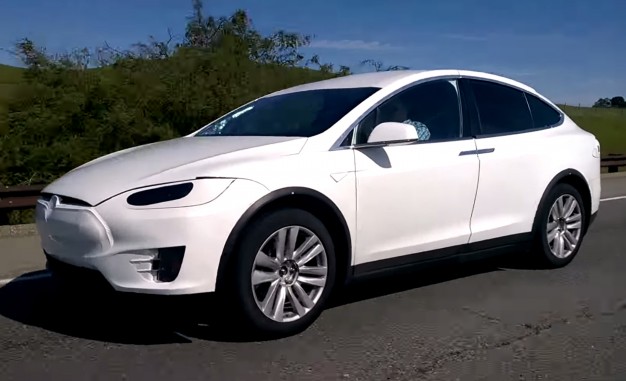 You’ve at least heard about him, and you were probably intrigued by the Iron Man analogy. You might even believe that he’s for real and he’s trying to save the world! Elon Musk has been at the forefront of the internet scene for the last decade, having created companies like PayPal, Space X and Tesla Motors, he quickly emerged as a candidate for an appearance in lots of pages in the history books. But while you might not necessarily be able to relate to his top notch coding skills, or his megalomaniac ambitions to colonize Mars, you might think it reasonable to join his fandom by upgrading your mobility with the new Tesla Model X.

The Tesla Model X is of course an electric car and a quite impressive one, to be honest. It’s marketed as the safest, fastest and most capable sport utility vehicle in history, and who are we to disagree!? And the most remarkable aspect of the car is the battery, considering the fact that battery life seems to be the most annoying itch in technology today, especially in the electric automobile industry. A range of 250 miles! It’s quite astounding, but they say the 90 kWh battery is up for the job. It’s also all wheel drive and crazy fast as it accelerates from zero to 60 miles per hour in as quick as 3.2 seconds. With speed like that your children will most definitely want to become astronauts.

Yes children! Because Tesla Model X is also appropriately conceived to be extremely secure for all 7 passengers. The details are not all that important, except maybe that it has no gasoline engine which leave lots of front room to be able to absorb the impact. That it, unless it travels through time rather than hitting something, because it’s got a Back To The Future feel to it; though you might think that comparisons with the DeLorean are a bit far fetched, you can’t deny that the thing is a quite a looker. I mean, falcon wings! And spaceship features… In the same package! It’s like the alchemical fusion between the organic and the artificial, and the first step or rung towards space exploration. Moreover, it’s supposed to be highly aerodynamic and this is precisely the part in the article where I feel poised to mention something like that.

All in all, this is a Brave New World, and this car is the omen to the up and coming changes on Planet X, i mean Earth! But you’ll have to wait for it, as it’s only going to be on the market in 2016. Don’t sweat it though, because you can reserve the Tesla Model X on their site to make sure that you will find a spot on the progressive hierarchy of status symbols! And you get to feel good about it because you help make the world a better place by reducing pollution and looking cool.

I'm very curious when it comes to technology. I enjoy tinkering with entertainment and communication gadgets.
Previous Google car pulled over for impeding traffic
Next Google Play Books – receives a comic-book friendly update