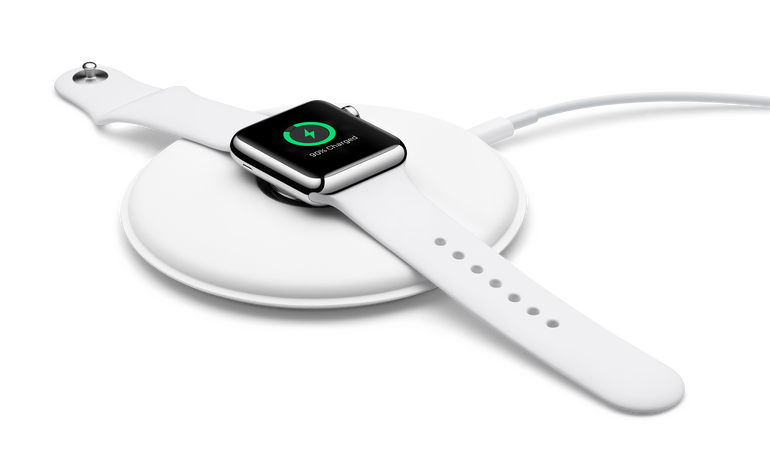 Apple just launched a brand new gadget we could all live without, the  Apple Watch Magnetic Charging Dock, which is basically the same as other, unofficial charging docks, except it is official. The plastic saucer- like dock will charge your Apple Watch both in nightstand mode and flat. What differentiates the official charging dock from other docks is that the official gadget doesn’t rely on an Apple Watch cable, this was changed for a lightning port at the back of the charging dock. One thing that is missing from the package is the USB power adapter, so the one that came with tha Apple Watch will come in handy. 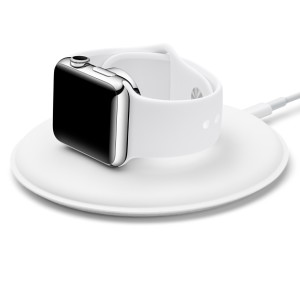 As we already mentioned, the Apple Watch Magnetic Charging Dock allows users to choose between two modes when they charge their smartwatches. The dock’s charging puck works in two positions, so the Apple Watch can rest on it flat or it can be turned on its side, and, in this case, the Nightstand mode will be activated. In other words, the dock allows you to use your smartwatch as a clock. This was possible before when the dock didn’t exist, but in a more rudimentary way, people just had to put their smartwatch on its side and attach it to a charging cable, without making the device comfortable.

Your Apple watch should sit comfortable on this cushion- like charging dock because it is a quite expensive seat. The Apple Watch Magnetic Charging Dock is available for $79, being twice as pricey as the charging dock of the iPhone for example. If you only want to purchase the charging dock so you could use your smartwatch as an alarm clock, you should opt for a more affordable clock or an unofficial version of the charging dock. We are not saying that the brand new official Apple Watch charging dock is not great or good- looking. We just don’t think it is worth its price. Especially since there are other, more affordable options on the market as of several months now. Some of them even look a lot better than the Apple Watch Magnetic Charging Dock. Of course, if you are a true Apple fan, you should buy the official charging dock to complete your lineup of Apple devices. It looks good, it will charge your smartwatch, and if you don’t mind spending nearly $80 on this gadget, you really should go for it.

I have always been eager to try out any gadget I could get my hands on. I became a tech journalist so that I could always be around technology and see the newest devices. I use gadgets every day to make my work and life easier. I have enough experience to know If a device is actually improving my activity, offers something useful or new. I will post my honest opinions and judge a device as objectively as I can.
@https://twitter.com/Colin27Anderson
Previous Oukitel A29, a nice, affordable smartwatch
Next Bing for iPhone was redesigned, it’s greater than ever

A few years ago not many people used VPNs, to be honest, not many …