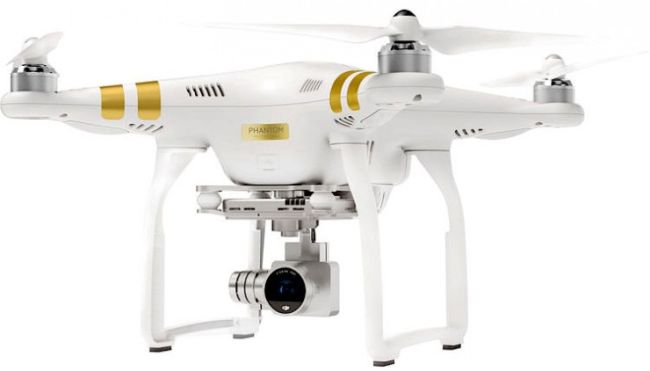 I remember when I first saw a drone in “flesh-and-bone.” I was at a music festival and there was this glittering red light flying in the sky. I had heard about them so the connection was quickly established, and the UFO jokes ensued. Then it dawned on me, the thing was filming us. At first I thought it was just a fun gimmick they added to the festival suite of attractions, but after the realization, the gadget haunted me even after it was over.

Besides the obvious philosophical and existential issues literally raised by such and object, there was a growing concern about what these these things might do to our privacy once they spread around like locusts. I remember seeing a South Park episode where they illustrated the nasty implications in a funny way. That said, I’m sure that they’re working on laws to make sure the use of drones like the DJI Phantom 3 is totally ethical because they’re just so fun and awesome.

Besides being incredible toys for grown-ups, they can also be used for something other than spying on your neighbor’s wife. News and media companies should check drones as a requisite tool for efficiency, but what really excites me is their potential use in creating art, especially movies. Nowadays there’s a flood of independent people filming their own stuff without the restrictions of a third party, as the equipment is becoming more and more affordable.

That is the case for the aptly named DJI Phantom 3 series whose Standard version is only 819 bucks, which is a total bargain, considering its abilities. The most important one is the integrated aerial camera camera which takes stunning 2.7K HD videos and 12 Megapixel photos, all with stabilization technology that assures movie-quality results no matter how you fly. It’s like having your own angel giving you perspective on life (from above) for 25 minutes, because that’s how long a single charge lasts. Did I mention you get to see all that on your mobile device?! What more do you want?

But you can have more because the DJI Phantom 3 comes with two upgrades. The Advanced and Professional versions ($1099 and $1399 respectively) have better features like the video editor, and the Vision Positioning for Indoor Flight for you Paranormal Activity fans out there. Now you know what they say: if you can imagine it can be done, and the DJI Phantom 3 might be the closest thing to a ghost that we have yet! And it looks great.