Home / Smartphones / Ulefone devices are even more affordable on Everbuying

Ulefone devices are even more affordable on Everbuying

Everbuying is known for its great promotions and its great prices. Customers can find a great range of affordable but still high-quality smartphones, smart wearable and other gadgets for incredibly low prices. Everbuying hosted a Ulefone Brand Sale between December 4 and December 9, and even though the brand sale is over, the prices of the Ulefone smartphones that were the objects of the promotion are still a lot lower than the original prices of the devices. Both the Ulefone Paris and the Be Touch 3 are great and can be bought for more than reasonable prices these days on Everbuying. They can replace your old smartphone or they can even be a good Christmas present for someone you love.

The Ulefone Paris is an elegant-looking smartphone with a simple design with an appealing metal and glass body that turn the device into a beautiful and durable one. The 5-inch display of the device has a 1280 x 720 pixels resolution which will be able to reproduce some great quality images. The device is able to ensure a good gaming and video experience, making it a good choice for those who would like to have a good smartphone for a reasonable price, this might be the perfect one for you. 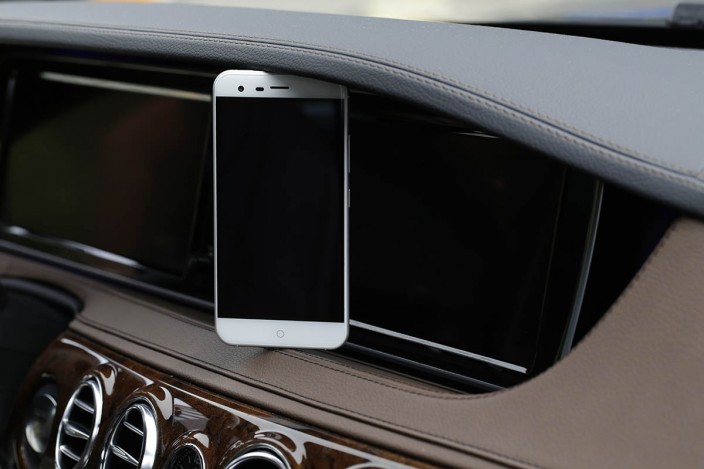 The Paris is powered by an MTK6753 64bit octa-core processor clocked at 1.3GHz, which combined with the Mali-T720 GPU will make the smartphone work fast and be efficient. The Paris includes 2GB of RAM and 16GB internal storage, which can be extended by up to 32GB due to its TF card slot. Operating system-wise we can say that the Ulefone Paris runs on Android 5.1 Lollipop, so users will be able to enjoy the Android experience they were hoping for. The Paris might not be the most powerful smartphone of 2015, but it definitely is powerful enough for the majority of users. It is perfectly capable of performing day-to-day tasks, and it will do this quite fast, especially if you compare it to other smartphones in its price range.

The smartphone has a 13MP back camera and a 5MP front-facing camera, so from this point of view, it is just as good as the majority of the smartphones that were released this year. The Paris’s back camera has an impressive f/1.8 aperture, flashlight,  face recognition, and it is also able to record great video. This is perfect for capturing everything that counts in our lives. The images captured by the camera of the Ulefone Paris will be clear, sharp and accurate. 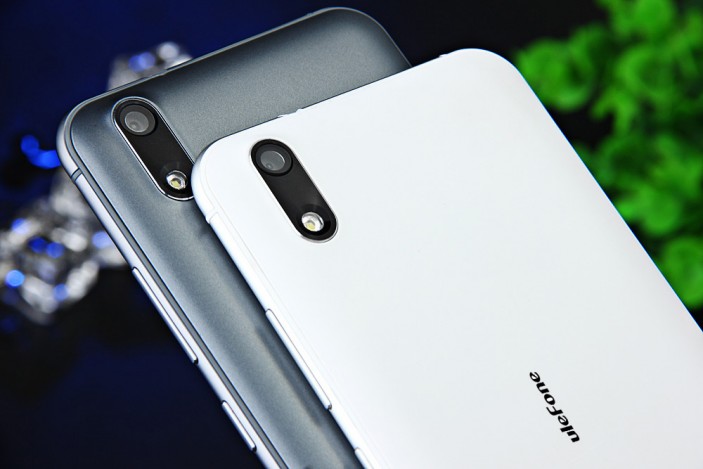 The 2550mAh battery of the Paris smartphone is not the largest one available on the market, but it is larger than the batteries of many of the flagship devices of this year. This battery will easily get users through the day, and they will still have some juice left for the second day they can use. Of course, the fact that the smartphone doesn’t have a really high-resolution display and a more powerful processor also helps in saving energy, so in normal cases, the smartphone can last for up to two days on a single charge without any difficulties. The smartphone is available for only 129.99, which is quite amazing considering the fact that it has a great range of specs and features to offer.

The Ulefone Be Touch 3 is slightly larger than the Paris, but it is just as beautiful. To be honest, there is a strong resemblance between the Be Touch 3 and Apple’s iPhones, so the design of the smartphone is definitely a nice one. The aluminum magnesium alloy used for creating the body of the smartphone not only looks good, it also makes the device incredibly light, weighing only 160g.  This is quite a small weight for a device with a 5.5-inch display. Speaking of the display, it has a 1080p full HD resolution which is higher than the one featured by the Ulefone Paris, so it will deliver more accurate images than the aforementioned smartphone’s display. The screen is protected by Cornin Gorilla Glass, so it is more secure and scratch resistant. 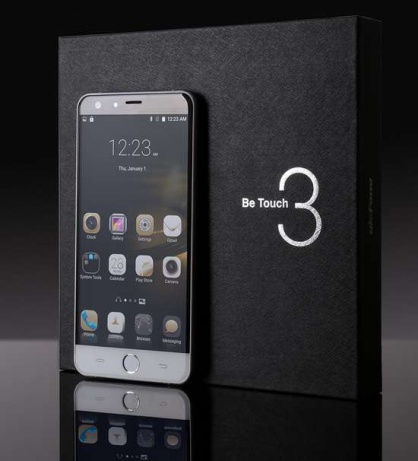 The Be Touch 3 is powered by the same MTK6753 64bit octa-core processor clocked at 1.3GHz as the Paris, and it also has the same Mali720GPU as its sibling. Although there are quite a big number of similarities between the two smartphones, there are also some differences between them. The 3GB of RAM included in the Be Touch 3 is one of these differences. When it comes to internal storage, the Be Touch 3 has the same amount, 16GB, internal storage, but it supports 64GB of external storage instead of the 32GB supported by the Paris. This makes the Be Touch 3 more appealing, faster and in many cases more useful. The device runs on Android 5.1, so users can enjoy everything the operating system has to offer.

The cameras of the two devices are also similar. One thing that is different between these features is that the 13MP back camera of the Be Touch 3 has a f/2.0 aperture, which is higher than the one featured by the Paris. The Be Touch 3 offers autofocus, touch focus, flashlight and face detection. The camera can record in HDR mode and, of course, it can record videos, enabling users to capture everything they need or want to. The 2550mAh battery of the Be Touch 3 is also a common feature of the Be touch and the Paris. In this case, the same battery size means that the battery life of the smartphone won’t be just as impressive, given the fact that it has to power a larger and higher-resolution battery, but it will still easily get users through the day.

The Be Touch 3 will set customers back $165.89, which is only a little more than the $149.99 it was selling for until December 9, but it still allows users to save 55% of its original price. If you would like to own a good-looking smartphone with an impressive spec list and an even more impressive price tag, this is the time to order it, and if you get it from Everbuying, you will get the best possible deal on it. Don’t waste any more time and get yourself a great smartphone!

I have always been eager to try out any gadget I could get my hands on. I became a tech journalist so that I could always be around technology and see the newest devices. I use gadgets every day to make my work and life easier. I have enough experience to know If a device is actually improving my activity, offers something useful or new. I will post my honest opinions and judge a device as objectively as I can.
@https://twitter.com/Colin27Anderson
Previous Oukitel K10000 vs Oukitel K6000- The battle of the siblings
Next LG G4 Android Marshmallow update reaches the US