Home / Gadgets / The DJI flagship store is quite amazing 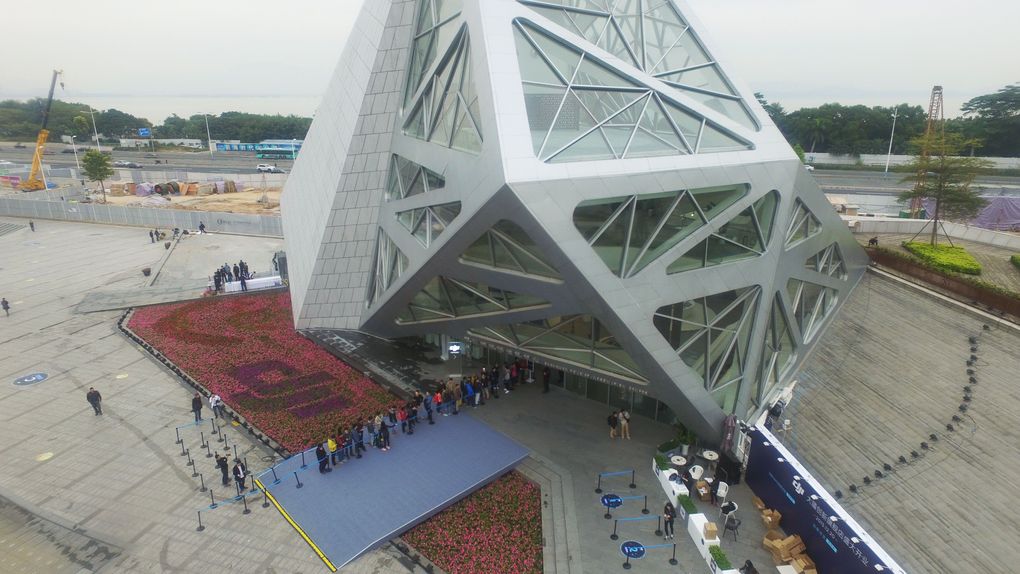 The DJI flagship store is quite amazing

DJI is the most popular drone manufacturer, having huge sales. The drone manufacturer company took another step and opened its first flagship store in China, and just like their drones, the store is amazing. The company definitely didn’t go cheap or small since they opted for an 8,600 square foot building to house the store. The glass and metal, futuristic building is located in the port of Shenzhen and it doesn’t only include a retail store where DJI can display its flagship products, but it also features a theater, a lounge, and an amazing high-ceiling test area, where customers can see for themselves how the drones work.

In the display area of the store, customers will see the all the drones and cameras manufactured by DJI, including the Phantom 3, the Inspire 1, the Matrice 100, the brand new Osmo 4K camera, and the Ronin handheld gimbal. As it was already stated, customers don’t only have the chance to see the devices on display, they can also see them in action. Unfortunately, they can’t control the gadgets themselves, this is done by the company’s own pilots. No wonder, given the price tag of some of the drones manufactured by the famous Chinese company.

The drone manufacturer company only delivered recreational drones and device created for the film industry, but this fall it launched a brand new agricultural drone which was designed for helping people spray crops with pesticides. This was an unexpected project of the company, but it can prove to be one of their smartest moves. Although the drone manufacturer can’t complain about low sales, the agricultural drone could bring in a lot more money since it targets a brand new section of customers. Even without the innovation, the company is undeniably the best drone manufacturer at this point, and their sales reflect this. It would be no surprise to see it grow even bigger and more powerful, given the fact that recreational drones are becoming more and more popular and their number is constantly rising.

I have always been eager to try out any gadget I could get my hands on. I became a tech journalist so that I could always be around technology and see the newest devices. I use gadgets every day to make my work and life easier. I have enough experience to know If a device is actually improving my activity, offers something useful or new. I will post my honest opinions and judge a device as objectively as I can.
@https://twitter.com/Colin27Anderson
Previous DM007 RC Quadcopter – The best Christmas Present
Next Samsung could have exclusive access to Snapdragon 820