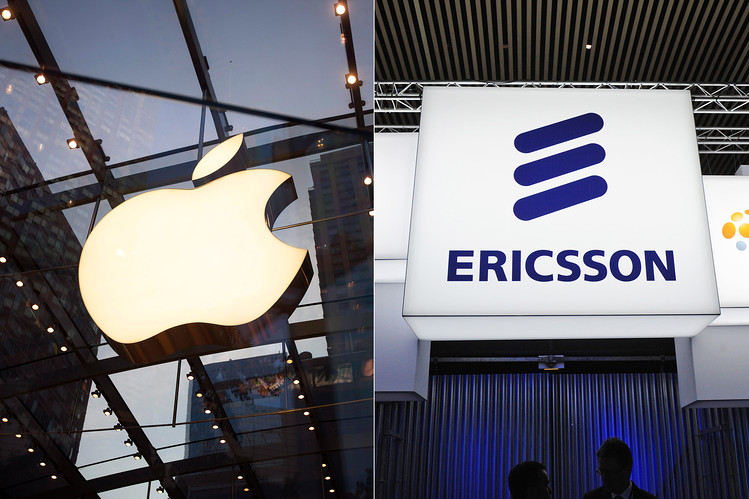 Apple and Ericcson finally managed to settle on a patent dispute that was going on since 2012. The Cupertino-based company and Ericcson reached an agreement according to which in the next seven years Apple will pay a small percent of its iPhone and iPad revenues to Ericcson. The Swedish telecommunications company announced the fact that the two companies have settled, but there was no information disclosed regarding the actual percentage the Swedish company will get from the Cupertino-based manufacturer as a result of this agreement. Some people speculate that it is 0.5 per cent of Apple’s iPad and iPhone revenue. Although it doesn’t seem like much, it definitely can add up to a whole lot of money.

The agreement doesn’t only apply to the percentage Apple will pay, it also states that the two companies will collaborate in order to develop 5G cellular standards, and optimize existing wireless networks and video traffic. Although this partnership may have not been exactly what Apple was dreaming of, the Cupertino-based company definitely needed to settle all its differences with Ericsson, and thight have been the best solution the company coud find in order to end all the ongoing patent-infringement claims between the parties.

The patent-infringement suits could have resulted in the smartphone manufacturer loosing a lot of money if the authorities decided that it indeed has been violating 41 patents over the past few years, as Ericcson claimed. There was a great chance of the Cupertino-based company to loose in court given the fact that Ericsson holds more than 35,000 patents, many of them being related to wireless technologies that are used in every smartphone nowadays. Other smartphone manufacturers have signed licensing agreements with the Swedish telecommunications company, but Apple didn’t want to agree with the terms of the agreements other manufacturers agreed with. Now, Apple seems to have reevaluated its standing and agreed to pay in order to end the ongoing lawsuits between the two companies.

I have always been eager to try out any gadget I could get my hands on. I became a tech journalist so that I could always be around technology and see the newest devices. I use gadgets every day to make my work and life easier. I have enough experience to know If a device is actually improving my activity, offers something useful or new. I will post my honest opinions and judge a device as objectively as I can.
@https://twitter.com/Colin27Anderson
Previous Microsoft Lumia 650 images popped up on the web
Next HOMTOM HT7 – A $60 SMARTPHONE