Home / Smartphones / Microsoft Lumia 650 images popped up on the web 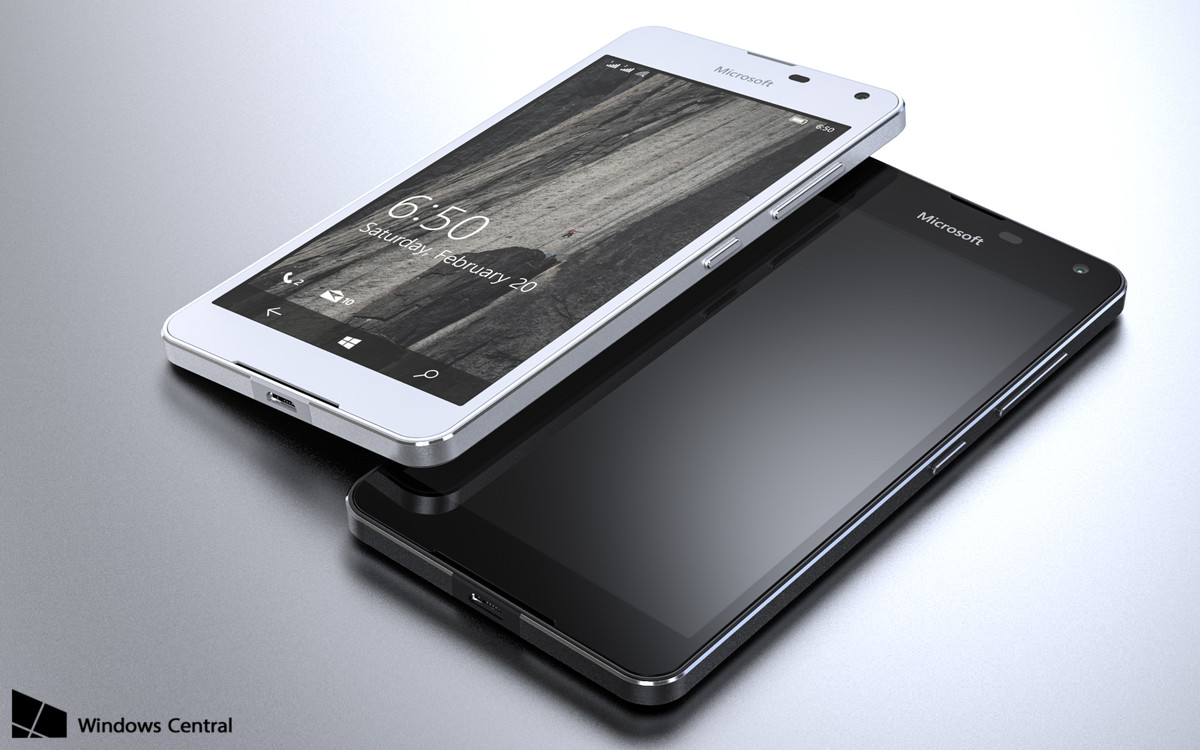 Microsoft Lumia 650 images popped up on the web

A few render images of what is thought to be the Microsoft Lumia 650 popped up on the web these days. The images, which were not confirmed by Microsoft, show a thin smartphone with a metal frame. The smartphone is expected to be launched sometime in January or February 2016, so even if the images shared by Windows Central don’t show the final product, it most likely is very close to the device that will be launched in the first quarter of the next year.

According to rumors, the Lumia 650 will feature a 5-inch display with 720p HD resolution, and it will most likely be powered by a quad-core Qualcomm Snapdragon 212 SoC combined with an Adreno 304 GPU. It is expected to include 1GB of RAM and 8GB internal storage which will probably be extendable due to the card slot everyone thinks it will have. Camera-wise it was said that the Lumia 650 will be equipped with a 5MP selfie camera and an 8MP back snapper. The next Lumia device will most likely feature Qualcomm Quick Charge 2.0, NFC, Bluetooth 4.1 connectivity, and it may offer WiFi calling also. According to rumors, the device will be available in two color variants, the Matte White, and the Matte Black.

The next Windows smartphone doesn’t sound like much if we compare to flagship devices, but then again, it isn’t meant to be a flagship device, instead Microsoft will probably deliver an affordable Windows phone. Those who wish to have some power coupled to the operating system can opt for the Lumia 950 or the Lumia 950XL. Speaking of operating systems, it seems that LG and HP are also expected to launch devices running on Windows 10 next year.  The reports regarding the Lumia 650 don’t come from official sources, so we’ll have to wait and see when Microsoft will officially announce the device and what it will be like in the end.

I have always been eager to try out any gadget I could get my hands on. I became a tech journalist so that I could always be around technology and see the newest devices. I use gadgets every day to make my work and life easier. I have enough experience to know If a device is actually improving my activity, offers something useful or new. I will post my honest opinions and judge a device as objectively as I can.
@https://twitter.com/Colin27Anderson
Previous Samsung could have exclusive access to Snapdragon 820
Next Apple and Ericcson settle patent deal