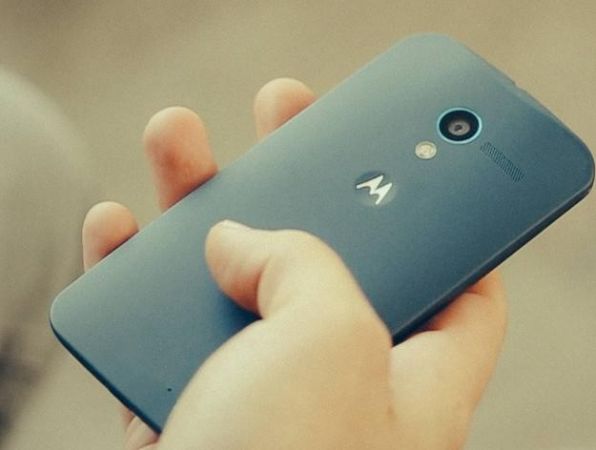 Moto X 2016 could come with a brand new design

Every major smartphone manufacturer launched a flagship device in 2015, and they are already working on the devices that will be launched next year. Naturally, as soon as the current flagships were released, rumors regarding the 2016 devices already begun to surface. The Motorola Moto X 2015 edition was one of the most well-received smartphones of the year, especially due to the endless possibilities to personalize the smartphone. According to the latest leaked images, this could change since the photos show a metal and glass Moto X 2016 that would be harder to customize than the plastic smartphones of 2015.

If the leaked images are accurate and really show the version of the smartphone that will actually be released, the 2016 Moto X will have a metal body with the camera and the speakers placed on the back of the device. Right under the camera’s quite large lens and flashlight, there is the Motorola logo. According to rumors, the Motorola logo will also house a fingerprint sensor, but it is hard to know whether this is true or not just based on the leaked photos. There were no images leaked with the front panel of the smartphone, but it is safe to assume that it will be similar to the ones featured by the previous version of the Moto X.

Just like other high-end smartphones that are going to be released in 2016, the Moto X 2016 is expected to be powered by Qualcomm’s Snapdragon 820 processor. There is no information regarding other specs of the 2016 Motorola flagship device, but we still have a lot of time to find out more about the device before it will be launched. The smartphone is expected to be revealed in the second half of the year, so we have at least 6 months to dig up more information about the smartphone before its release. Of course, we will only know for sure what the smartphone will be like after it will be launched until then changes can be expected.

I have always been eager to try out any gadget I could get my hands on. I became a tech journalist so that I could always be around technology and see the newest devices. I use gadgets every day to make my work and life easier. I have enough experience to know If a device is actually improving my activity, offers something useful or new. I will post my honest opinions and judge a device as objectively as I can.
@https://twitter.com/Colin27Anderson
Previous Galaxy S7 Cases Indicate Same Design as the Galaxy S6’s
Next Apple Demands $180M More From Samsung in Patent Dispute