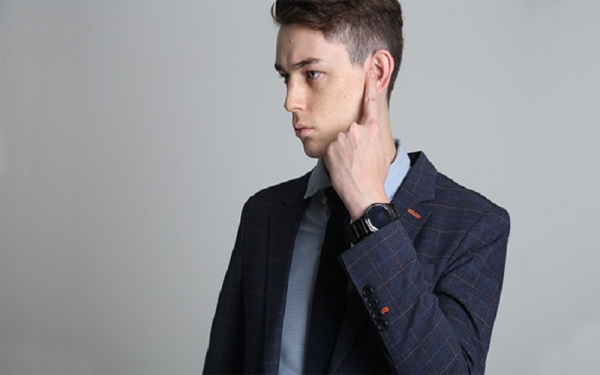 It seems that Samsung will amaze the public from the CES 2016 with three projects developed by C-Lab, which is one of Samsung’s innovative programs that allows employees develop their own creative business ideas. The three projects that will be shown off this week are the Welt, the Rink and TipTalk, which all promise to be useful gadgets that would make the life of users easier. Those who will attend the Consumer Electronics Show between January 6 and 9 will be able to test the gadgets in the Eureka Park. All three gadgets are in project phase, so the company will be able to improve them based on the feedback of the testers.

The Welt is a smart wearable that looks like a regular belt, but it has a lot more to it. This gadget developed by Samsung’s C-Lab can record information regarding the waist of the user, eating habits, it will count steps and it will also feature a sedentary reminder. All this information will be sent by the smart belt to an application that will analyze them and will provide a plan for improving the general health and for controlling the weight of the user.

TipTalk is an intuitive interface that will allow users to listen to the sound of their smart accessories, like the Samsung Gear S2 without needing headsets or other speakers, only by touching their finger to their ears. This gadget is also supposed to improve the quality of phone calls, allowing users to have conversations even when at a concert or other noisy event, without any difficulties and without needing to raise their voice. TipTalk is actually a watch strap that can be worn with smart or traditional watches, and that will sync with the smart gadgets of the user in order to transmit sound whenever the users touch their ear.

All of the above products are still in development, but if they are ready to be shown in public at CES 2016, it seems that Samsung also thinks that they are good enough to hit the market at some point. Would you like to own either of them?

I have always been eager to try out any gadget I could get my hands on. I became a tech journalist so that I could always be around technology and see the newest devices. I use gadgets every day to make my work and life easier. I have enough experience to know If a device is actually improving my activity, offers something useful or new. I will post my honest opinions and judge a device as objectively as I can.
@https://twitter.com/Colin27Anderson
Previous Give your headphones a boost with BoomStick
Next Samsung Galaxy Note 5 vs Motorola Droid Turbo 2 – Durable vs beautiful display