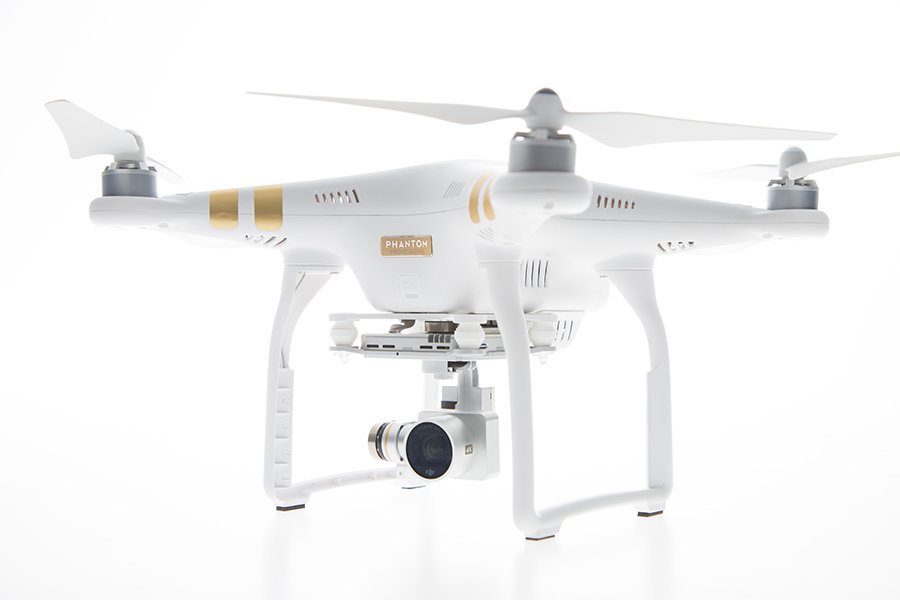 DJI is one of the most popular drone manufacturers and at the Consumer Electronics Show that takes place in Las Vegas this week the company introduced two new drones, the Phantom 3 4K and the Inspire 1 Pro Black Edition. Although the Inspire 1 didn’t really get any impressive changes this time, only a new color, the Phantom 3 4K is actually a new addition to the companies drone lineup. The new drone is definitely not as impressive as the Phantom 3 Professional, but then again, it doesn’t cost as much either, so some of the features needed to be taken down a notch.

The 4K Phantom 3 is really similar to the Phantom 3 Professional, with one big change in the drone. The new model lacks DJI’s Lightbridge video downlink system and instead relies on WiFi to deliver live video feed. This means that the live feed won’t be as impressive in quality as the one delivered by the Professional drone, and instead of the up to 5km range the more expensive device could offer, the new drone only works on an up to 1.2km range. In terms of image quality, potential customers that think about choosing between the two drones should consider the fact that while the Phantom 3 Professional could ensure an HD stream, the Phantom 3 4K will only deliver a 480p image.The final recorded video, however, is rendered at 4K resolution.

However, when the same potential customers consider the price of the two drones, some will definitely incline towards the new addition to DJI’s lineup, which will only set them back $999, instead of costing them $1259, like the Professional model. The new model may not be as impressive as the Phantom 3 Professional, but to be honest, it is more than enough for the majority of drone users. Although the new drone was only announced on Monday, it is already available to order from DJI and a couple of authorized resellers.

I have always been eager to try out any gadget I could get my hands on. I became a tech journalist so that I could always be around technology and see the newest devices. I use gadgets every day to make my work and life easier. I have enough experience to know If a device is actually improving my activity, offers something useful or new. I will post my honest opinions and judge a device as objectively as I can.
@https://twitter.com/Colin27Anderson
Previous Oculus Rift Preorders Open on Wednesday
Next Samsung Unveils New Galaxy TabPro S, Windows 10 2-in-1 Tablet