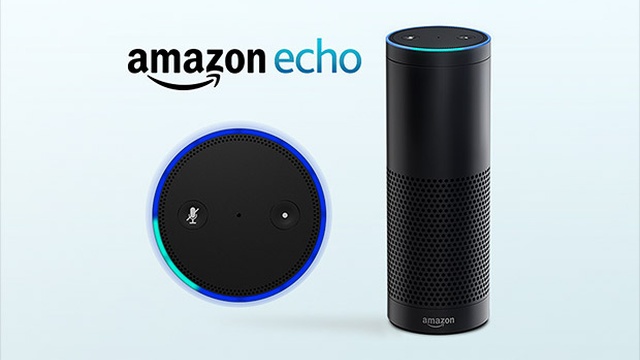 Amazon’s Echo speaker managed to impress a lot of people thanks to Alexa, which turns the speaker into a virtual personal assistant that can provide information regarding the weather, sports new, play music, and more. The Echo is a truly amazing device, but many people wouldn’t like to spend $179.99 on a gadget they might or might not like. This could be one of the reasons why Amazon is reportedly working on a less expensive, portable version of its popular device. According to reports, the new gadget will be released sometime in the next few weeks.

The new Echo device will be a lot smaller than the original speaker, and it will also be a little less impressive. The smaller Echo will be powered by batteries, which is a win when we think of portability, but it is a lose in terms of power. In order to save battery, it seems that the microphone of the smaller gadget won’t be turned on at all times, which means that users won’t be able to activate Alexa vocally. Instead, they will need to push a button on the device before they can address the personal assistant. This might be a turnoff for some people, given the fact that the speaker could be activated by voice was one of its best features, but on the other hand, we are speaking of a less expensive device, so we can’t expect it to do everything a higher-end one does.

The smaller, portable Echo is expected to be released in the next few weeks and is expected to cost somewhere between $50 and $100. The lower price tag might bring the Amazon Echo into many more homes that it already reached in its more expensive version. The original version of the speaker was extremely well received, so we expect the smaller model to be welcome by many as well.

I have always been eager to try out any gadget I could get my hands on. I became a tech journalist so that I could always be around technology and see the newest devices. I use gadgets every day to make my work and life easier. I have enough experience to know If a device is actually improving my activity, offers something useful or new. I will post my honest opinions and judge a device as objectively as I can.
@https://twitter.com/Colin27Anderson
Previous Apple’s latest software version comes with major changes
Next Xiaomi Redmi 3 – A stylish gadget