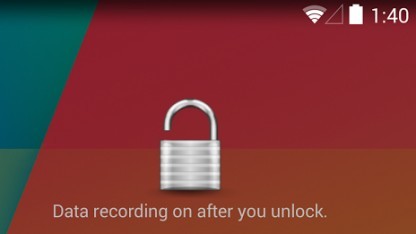 Google’s Project Abacus Will Make Us Forget About Passwords

Google has a great number of innovative projects going on at the same time, and one of the most interesting ones is the Project Abacus, which intends to turn passwords into history and replace them with biometric readings that are basically uncrackable. This doesn’t only mean that passwords would be replaced by fingerprint sensors or even iris scanners, the Abacus would lock or unlock smartphones, tablets and different apps based on a cumulative “trust score”. The Abacus would not only rely on the user’s fingerprint or iris, it would also monitor the walking and typing of the users, its face, location, voice, and speech patterns, and more.

Basically, the smartphone will just now that it is you instead of any other person. Even though the Project Abacus sounds extremely interesting and great, it might have some really unpleasant results also. As Cisco engineer, Shawn Cooley showed, the full authentication could fail if the user broke his or her leg, arm, and its walking, typing or other patterns would change. The smartphone protected by Abacus would be unable to recognize the user and the user would have to wait until its patterns return to normal in order to unlock their smartphone of tablet protected by the program.

On the other hand, we have to admit that such a program as the Abacus would indeed be uncrackable and all our content would be a lot safer than it is now, even with the two-factor authentication, which is considered to be the current gold standard. The project was first presented at the Google/IO conference last year, and it was said that it can prove to be ten times more secure than the fingerprint sensor which is only getting to be popular these days. Even if it seems that this won’t become a reality any time soon, we could see our smartphones be protected by Abacus sooner than we thought. Our smartphones already monitor all the aspects that Abacus would use in order to offer the ultimate protection, it only needs to put everything together in order to be ready to protect our devices better than any other method did until now.

I have always been eager to try out any gadget I could get my hands on. I became a tech journalist so that I could always be around technology and see the newest devices. I use gadgets every day to make my work and life easier. I have enough experience to know If a device is actually improving my activity, offers something useful or new. I will post my honest opinions and judge a device as objectively as I can.
@https://twitter.com/Colin27Anderson
Previous Amazon Prime Membership Now Only $73
Next Microsoft to Roll Out Windows 10 Update to Lumia Smartphones