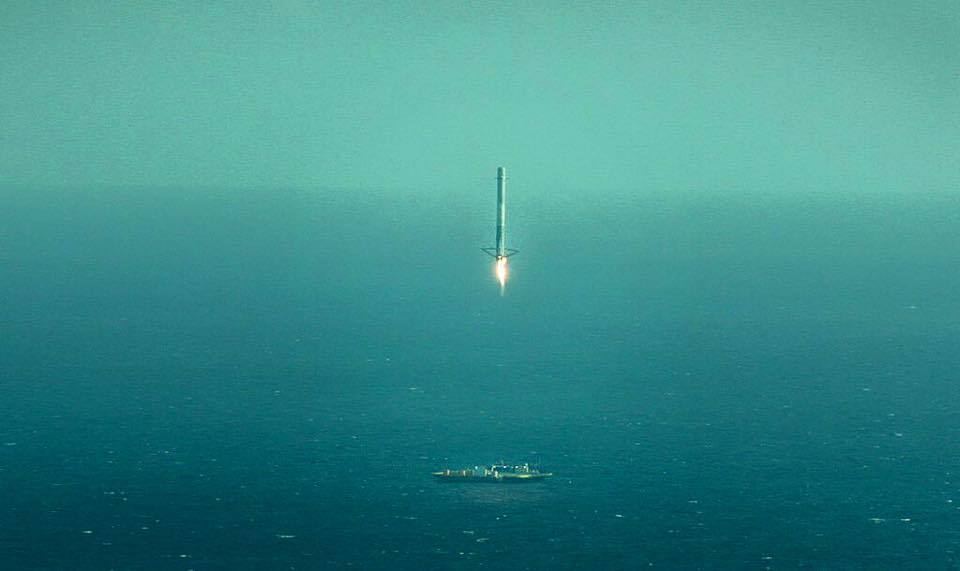 SpaceX Fails To Land Rocket on Barge For The Third Time

SpaceX made history in December when they managed to land the Falcon 9 without any damage to the rocket. Elon Musk’s space company didn’t stop there and wanted to land one on a barge also, and the launch and landing was scheduled for January 17. It wasn’t the first attempt to do so, actually, it was their third attempt to land a rocket on an autonomous landing pad barge at sea. Unfortunately, the third attempt didn’t prove to be successful either, as the rocket failed to safely complete the landing and the whole experiment ended in an explosion.

The experiment wasn’t a total disaster, only the landing proved to be trickier than expected. The Falcon 9 rocket completed its initial mission and managed to successfully deploy the Jason-3 satellite to a polar orbit. The satellite’s job is to measure global sea levels, circling our planet from North to South. Even though the deploy of the satellite went according to plan, everyone was hoping to see another successful landing, and that didn’t happen. Tha Falcon 9’s first stage seems to have failed to land correctly due to a landing leg malfunction. According to a tweet by Elon Musk, “Touchdown speed was ok, but a leg lockout didn’t latch, so it tipped over after landing.”

Even though the landing itself would have been quite smooth, the locked landing leg caused the rocket to tip over, and the whole action ended in an explosion. The outcome was somewhat expected, and thanks to the fact that the landing of the SpaceX rocket was planned to be completed on an unmanned barge, no one got hurt. SpaceX didn’t give up on their plan to land a rocket on a barge after the first two fails, so we expect the company to give it another try as many times as necessary to achieve their goal. The company could make history again if they managed to land their rocket on an autonomous landing pad barge at sea, and we might just see that happen in the near future.  Below you can see the landing as it was captured on video and shared by Elon Musk on Instagram.

Falcon lands on droneship, but the lockout collet doesn't latch on one the four legs, causing it to tip over post landing. Root cause may have been ice buildup due to condensation from heavy fog at liftoff.

I have always been eager to try out any gadget I could get my hands on. I became a tech journalist so that I could always be around technology and see the newest devices. I use gadgets every day to make my work and life easier. I have enough experience to know If a device is actually improving my activity, offers something useful or new. I will post my honest opinions and judge a device as objectively as I can.
@https://twitter.com/Colin27Anderson
Previous Microsoft HoloLens Will Work With Any Bluetooth or WiFi Connected Device
Next HTC One M8 Android Marshmallow Update Expected This Month in the US