Home / Smartphones / Microsoft Lumia 650 Will Be Announced on February 1 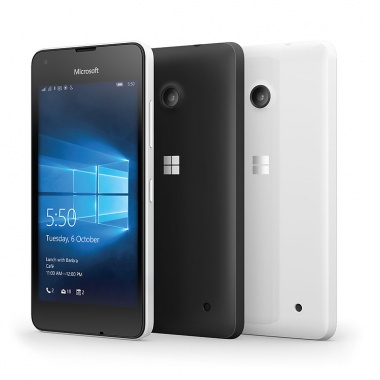 Microsoft Lumia 650 Will Be Announced on February 1

There was a lot of chatter regarding the next generation budget phone that will be delivered by Microsoft, the Lumia 650, and after all the rumor and gossip it seems that the official announcement is finally approaching. According to Windows Central, multiple sources have confirmed that the budget Windows phone will be announced on Monday, February 1. According to sources, the announcement will be made on the official blog of Microsoft, without any fanfare or fireworks. The tech giant will then disclose the specs and features of the Microsoft Lumia 650 and will also share information regarding the pricing and availability of the smartphone.

Possible specifications of the budget smartphone were already rumored the past few weeks, and even though there was no official confirmation of the rumors, it is safe to assume that they will be at least close to reality if not totally precise. The rumors and leaked images indicate a 5-inch display, which will most likely feature 720p resolution. The device will probably be powered by a Snapdragon 210 or 212 processor, and it will include a single GB of RAM and 8GB internal storage. It was also said that the upcoming Windows phone will feature a card slot, so users will be able to extend the storage of the device. As far as cameras go, rumor has it that the Microsoft Lumia 650 will feature an 8MP back snapper and a 5MP front-facing camera for video calls and selfies.

Naturally, the Microsoft Lumia 650 will run on Windows 10 Mobile, so it will deliver everything the brand new operating system has to offer. According to reports, Microsoft is currently working on a more impressive Surface phone, and it is possible that the 650 will be the last Lumia smartphone to be delivered. Whether these rumors will prove to be right or not, it still remains to be seen.

I have always been eager to try out any gadget I could get my hands on. I became a tech journalist so that I could always be around technology and see the newest devices. I use gadgets every day to make my work and life easier. I have enough experience to know If a device is actually improving my activity, offers something useful or new. I will post my honest opinions and judge a device as objectively as I can.
@https://twitter.com/Colin27Anderson
Previous Microsoft Wants To Help Customers “Embrace The Latest Innovation”, To Drop Win 7/8 Support For New Processors
Next Apple Experimenting With Li-Fi Technology, “LiFiCapability” Found In iOS 9.1 Code