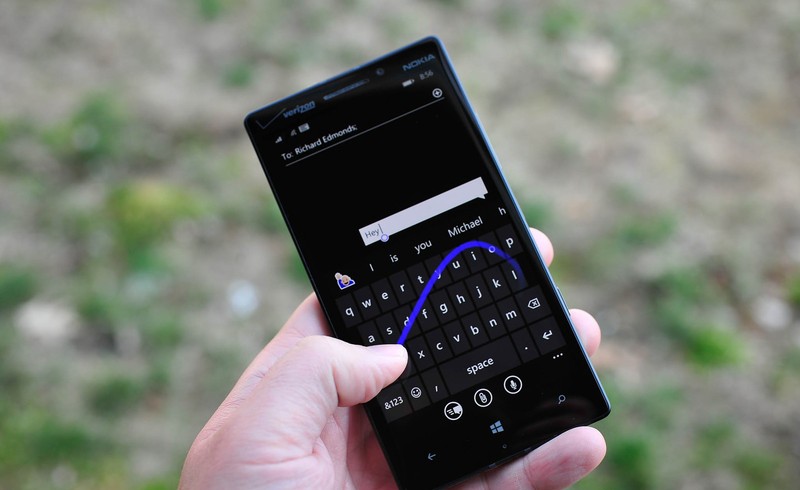 One of the favorite features of Windows Phone and Windows 10 Mobile users is probably the Word Flow keyboard, which makes typing a lot easier. Given the popularity of the interface feature, Microsoft thought about making it available for other operating systems also. The iOS is the first one in line to get the feature, so iPhone users will soon get the same typing experience as those who own a Windows Phone, without needing to change their handsets. Windows started sending out emails to Insider members about the possibility to be one of the people who get to first try the beta version of the feature. According to the email, in order to become a part of the program, Insiders need to use an iPhone 5S or newer. 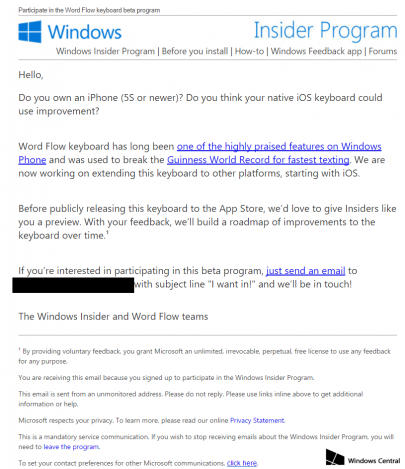 The email that was sent out also states that the company will continue improving the feature based on the feedback they will get from beta testers before publicly releasing the keyboard to the App Store. All that the interested iPhone users will need to do in order to get into the beta program is to send an email to the specified address with subject line “I want in!”, and then someone from Microsoft will get in touch with them for further details.

The aforementioned email also suggests that iOS users won’t be the only ones to enjoy the Word Flow keyboard, it will most likely come to Android users also. Even though not everyone would enjoy having a Windows 10 smartphone, it’s likely that a lot of iOS and Android users would like to have this specific feature, given the fact that the Word Flow keyboard was used to break the Guinness World Record for fastest texting. There is no official information regarding the date when the keyboard will be publicly released, but we hope that the beta program won’t last long and we will all be able to enjoy this great feature soon.

I have always been eager to try out any gadget I could get my hands on. I became a tech journalist so that I could always be around technology and see the newest devices. I use gadgets every day to make my work and life easier. I have enough experience to know If a device is actually improving my activity, offers something useful or new. I will post my honest opinions and judge a device as objectively as I can.
@https://twitter.com/Colin27Anderson
Previous RWATCH M26 Smartwatch Available for under $17
Next Microsoft Wants To Help Customers “Embrace The Latest Innovation”, To Drop Win 7/8 Support For New Processors