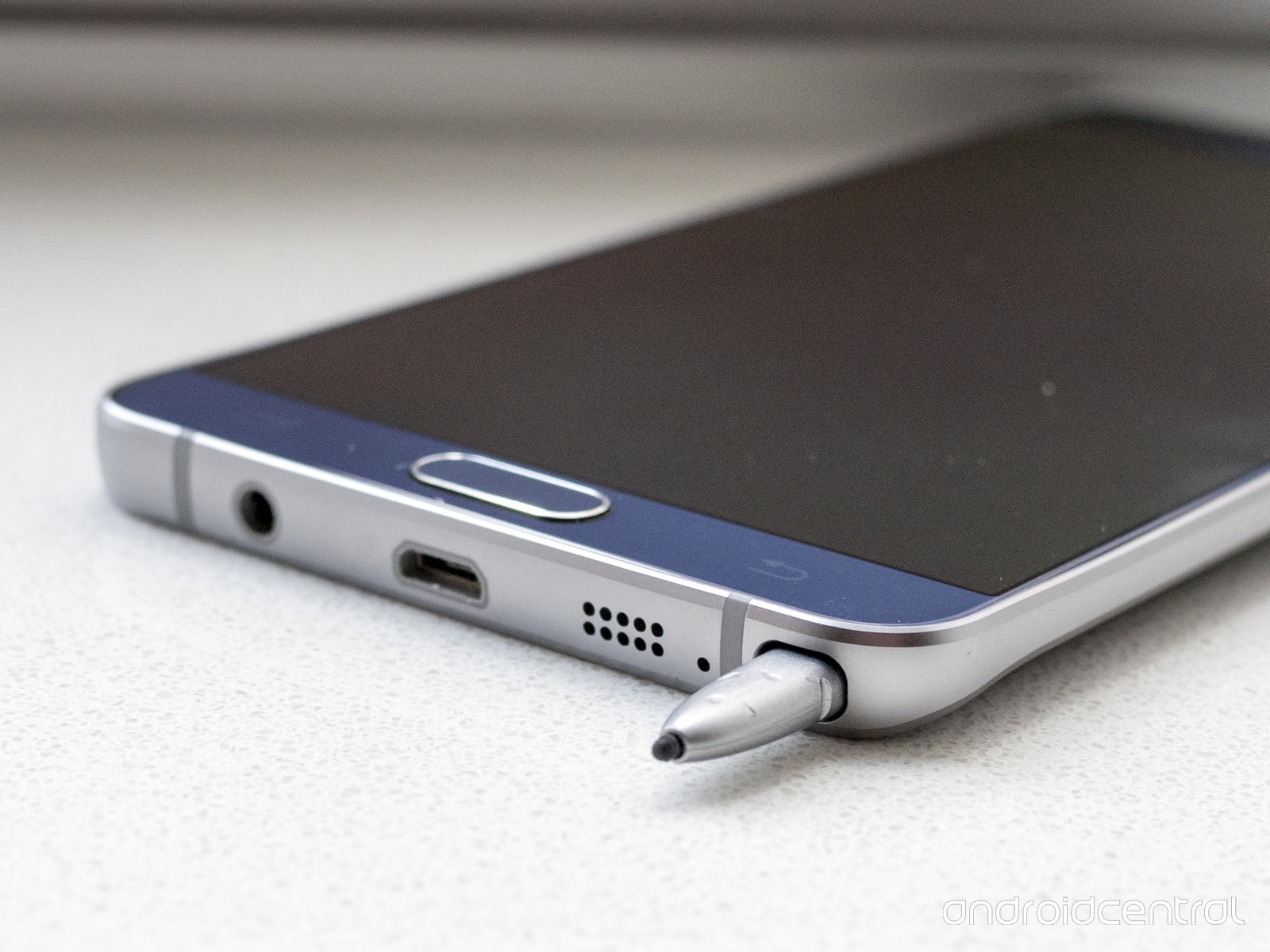 The Samsung Galaxy Note 5 is one of the best smartphones on the market right now, but it is not flawless, unfortunately. Many users reported that when they inserted the S Pen into its slot the wrong way, retrieving it without breaking it was almost impossible to do. Of course, it may seem a stupid problem for some of the people because it can be avoided by being more attentive when users insert the stylus into its place, but it still is a problem, and it seems that Samsung finally addressed it.

According to a Phandroid reader, the newer units of the Galaxy Note 5 have a different slot for the stylus which allows them to safely retrieve the S Pen that was inserted backwards, without causing any damage to the stylus or the smartphone. The problem was solved by producing new circuit boards that will use a safer detection mechanism. The pacing of the smartphone was also changed in order to better remind the users how to insert their stylus into the Note 5 the right way and avoid breaking the device’s detection sensor. It is still recommended to insert the stylus the right way into the handset, but in case users fail to do so the result won’t be as harsh as before.

Samsung didn’t make a fuss about improving this feature of the smartphone, and it is somewhat understandable because the flaw shouldn’t have existed in the first place in a high-end device. Previous Galaxy note devices didn’t have the same issue, and it is a good thing that Samsung made this step and improved the design of the device so that users won’t damage their smartphones so easily. It’s not certain whether the tech company chose to make the improvements in order to cut down on the number of warranty claims they’re getting because of this problem, or because they simply want to deliver a flawless device, but either way, the fact that the company decided to act on the problem is a good thing.

I have always been eager to try out any gadget I could get my hands on. I became a tech journalist so that I could always be around technology and see the newest devices. I use gadgets every day to make my work and life easier. I have enough experience to know If a device is actually improving my activity, offers something useful or new. I will post my honest opinions and judge a device as objectively as I can.
@https://twitter.com/Colin27Anderson
Previous Apple Experimenting With Li-Fi Technology, “LiFiCapability” Found In iOS 9.1 Code
Next Tidal Charged Ex-Subscribers with $19.99