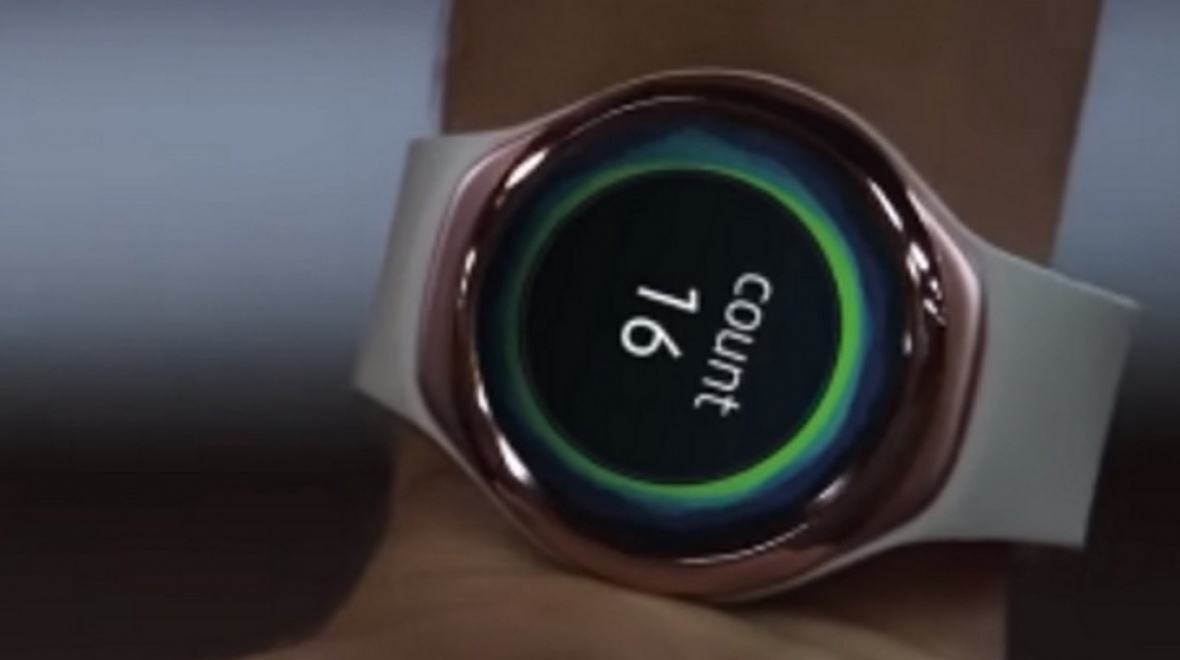 Samsung’s Gear S2 smartwatch is considered to be by some one of the best smartwatches and fitness trackers on the market right now. The next Samsung fitness tracker, the SM-R150 ( the official name of the model will probably be a more catchy one), was revealed in some photos lately and it seems that the South Korean company’s next gadget will look more like a smartwatch than a regular  fitness tracker. The leaked images show a wearable gadget that looks a lot like the Gear S2, with a round watch case and rotating bezel. The images also hint that the company chose to continue with the Tizen software that their current smartwatch is also running on. 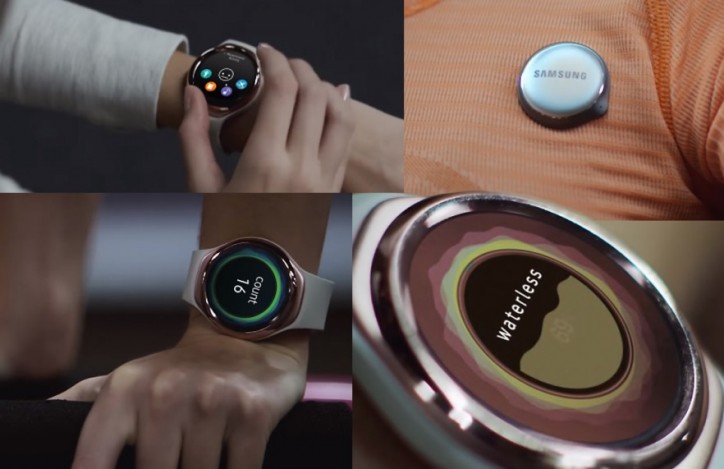 We can presume that the Samsung fitness tracker will feature a touchscreen, and it will most likely be based on the tech giant’s brand new Bio-Processor. The new technology is more advanced than the ones used before in fitness trackers, and if Samsung’s new gadget will be based on it, it’s likely we’ll get a device that will not only be able to monitor our heart rate, it will also measure body fat. Even though impedance-based body fat measurements are normally inconsistent, it would be a first to have a smartwatch that can do this. 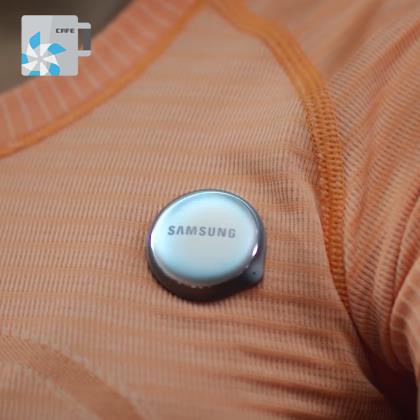 Heart rate and body fat won’t be the only things the SM-R150 will monitor, it was said that it will also measure muscle mass, skin temperature and stress level. The leaked images also show another wearable, which could come with the smartwatch, and it can be attached to shirts for example. According to some people, it was created for heart rate monitoring, but until we don’t hear more about it, we have to admit that it could offer a number of other features too. What seems to be certain is that Samsung’s next fitness tracker will be a unique one. There is no information regarding the launch date or the pricing of the gadget, but given the fact that the Mobile World Congress is only a few weeks away, we hope to learn more about the device then.

I have always been eager to try out any gadget I could get my hands on. I became a tech journalist so that I could always be around technology and see the newest devices. I use gadgets every day to make my work and life easier. I have enough experience to know If a device is actually improving my activity, offers something useful or new. I will post my honest opinions and judge a device as objectively as I can.
@https://twitter.com/Colin27Anderson
Previous iPhone 6 Battery Percentage Freezing Investigated by Apple
Next VR Interesting Might Boost PC Market This Year, Says AMD CEO 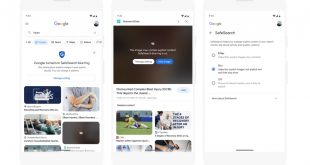