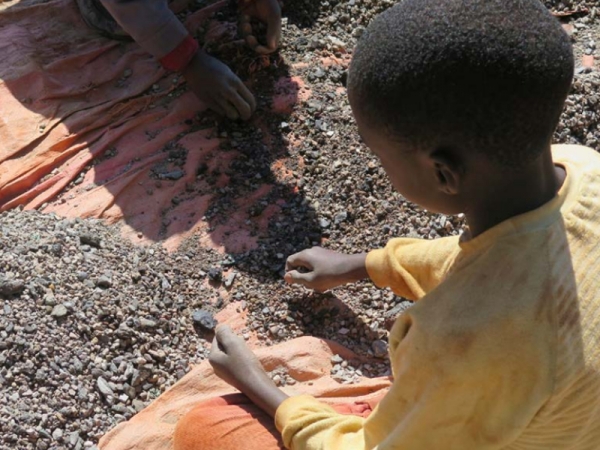 Child labor is a subject that the majority of us don’t really think about, at least, we don’t think that the products and gadgets we use on a daily basis are a result of it. Unfortunately, according to an Amnesty International report on cobalt mining in the Democratic Republic of the Congo, child labor can be linked to a number of tech giants, like Apple, Microsoft, Sony, and Samsung, or at least to their suppliers. According to the report, the aforementioned companies, and others have no knowledge of the fact that child labor is used for mining the materials used to manufacture their devices.

Even though Apple, Microsoft, Sony, Samsung, Volkswagen and Daimler AG don’t use child labor to manufacture their gadgets, their suppliers do it, in order to mine the cobalt they then process and sell to companies that manufacture the lithium-ion smartphone batteries and electric car batteries we all use. The fact that the tech giants can be linked to the companies that use children as young as seven years old to mine the cobalt puts these companies in a really bad light right now. The fact that many companies didn’t even admit that they were working with the suppliers that use child labor creates an even worse image for them.

Apple and Microsoft didn’t deny that they were in business with the companies that were linked to child labor by Amnesty International, but they didn’t admit it either. Instead, they said that they will look into their chain of suppliers. None of the companies disclosed enough information for Amnesty International to independently verify the origin of their cobalt supply. This could mean that they know that they can be linked to child labor, but it could also mean that the companies had no knowledge of the way they suppliers worked and are going to do something about it.

The interviews that the Amnesty international investigation and report are based on, show that children as young as 7 years old work for up to 12 hours a day in unsafe conditions, sometimes without any protective gear, and they do this for the equivalent of $1-$2. They have to carry heavy weights and are often physically abused, not to mention that they are constantly exposed to cobalt dust which can cause “hard metal lung disease,” a potentially fatal disease. Many miners die in work-related accidents, some of which are reported, and some of which are not.

Amnesty International’s researchers think that the companies that benefit the most from the work of these children, like Apple, Microsoft, Sony, Samsung, Volkswagen and others, should be aware of the problem and try to be a part of the solution also. At least half of the world’s cobalt supply comes from the Democratic Republic of Congo, so it is likely that the majority of us have smartphone or electric car batteries that use the prime materials that are supplied by companies who use child labor. This is extremely tragic, and we hope that all of the tech companies will find a way to continue manufacturing the devices we all came to love, but without exploiting children in the process.

I have always been eager to try out any gadget I could get my hands on. I became a tech journalist so that I could always be around technology and see the newest devices. I use gadgets every day to make my work and life easier. I have enough experience to know If a device is actually improving my activity, offers something useful or new. I will post my honest opinions and judge a device as objectively as I can.
@https://twitter.com/Colin27Anderson
Previous Fitbit Can Capture the Moment We Feel Heartbroken
Next Homtom Brand Sale – Get Your Favorite One for a Special Price