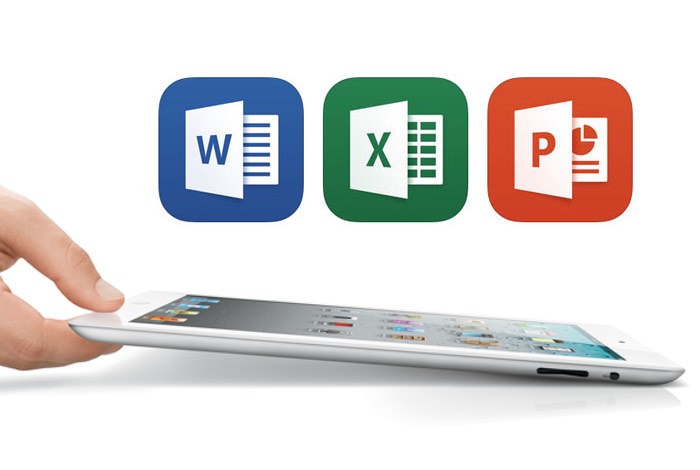 Microsoft has some great stylus-based feature in Windows 10 Office apps like PowerPoint and OneNote, and the company made them available for the iOS platform also, so iPad and iPad pro users will be able to enjoy some powerful new features in their Office apps. The applications will now be able to take advantage of new inking tools, according to sources, that will ensure more precision for finger and stylus drawing and taking notes. iOS users will also be able to download the PowerPoint Designer and Morph tools, which will allow them to animate their PowerPoint presentations.

iPad and iPad Pro users will notice that there is a new Draw tab in Microsoft’s Excel, Word, and PowerPoint apps, that allows the to use a pen, their finger, or the Apple Pencil to write, draw, or even highlight and annotate Microsoft Office documents. The new software update will also enable users to transform hand-drawn shapes into customized ones. The new apps easily detect when you are using the Apple Pencil so switching between typing and handwriting will be extremely easy to do, saving users some precious time. There are some new features brought by the Office apps to iPhone  6 and iPhone 6S devices also, which will take advantage of the smartphone’s 3D Touch features. These will allow iPhone users to quickly create or open Microsoft office documents.

The new Microsoft Office apps are already available for iPhones and iPads in the App Store and they are free. However, if you would like to have some additional tools and features, you will need an Office 365 subscription, which will cost you $6.99 per month. If you are the proud owner of an iPad Pro, you will need an Office 365 subscription, otherwise, you won’t be able to use the Microsoft Office apps on your device.

I have always been eager to try out any gadget I could get my hands on. I became a tech journalist so that I could always be around technology and see the newest devices. I use gadgets every day to make my work and life easier. I have enough experience to know If a device is actually improving my activity, offers something useful or new. I will post my honest opinions and judge a device as objectively as I can.
@https://twitter.com/Colin27Anderson
Previous Facebook is Bringing More 3D Touch Features to its App
Next Samsung Galaxy S7 Full Image Surfaces Online