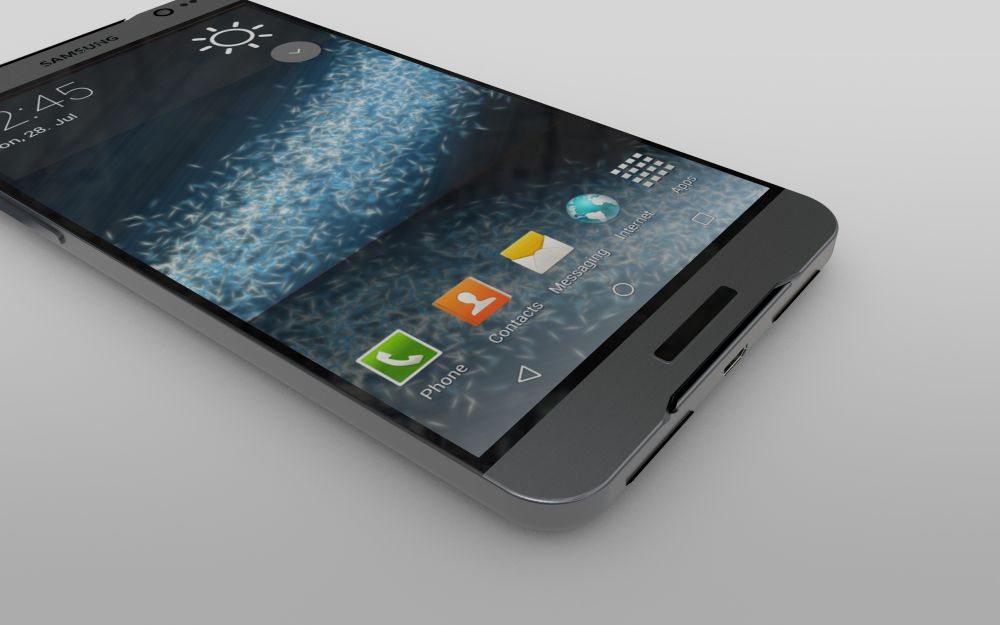 There isn’t a whole lot that’s known about the upcoming Samsung Galaxy S7 outside some rumored specs. It seems like, however, that the company is finally ready to reveal everything there is to know about their “Next Galaxy”.

Samsung has recently confirmed that its next Unpacked event will be held later this month, on February 21st at 7:00 PM CET in Barcelona, just one day before the Mobile World Congress begins. Judging from the image that has been shared by the company alongside the teaser trailer, the event is most likely going to be focused on the Galaxy S7 smartphone, which should be released this year.

Last week a new image of the Samsung Galaxy S7 has surfaced online. The image showcases a developer edition of the smartphone so things might end up being different in the final edition of the device. Judging from this image, however, it’s clear how Samsung took a different approach from the S6 and S6 design.

A few days ago the popular benchmark app AntuTu, revealed some of the smartphone specifications. The Galaxy S7 will come with a 5.1 inch display with 2560 x 1440 resolution, 4GB RAM, 64GB of on-board storage, a 12MP primary camera and a 5MP front camera. The device is also going to release in two different variants, one powered by the Snapdragon 820 chip and the other by the Exynos SoC variant, which is going to be released outside the U.S. The new smartphone is apparently going to run on Android 6.0 Marshmallow OS with the Adreno 530 GPU.

The Samsung Galaxy S7 will be released on a yet to be confirmed 2016 release date. We’ll let you know more about the upcoming device as soon as possible so stay tuned for more.