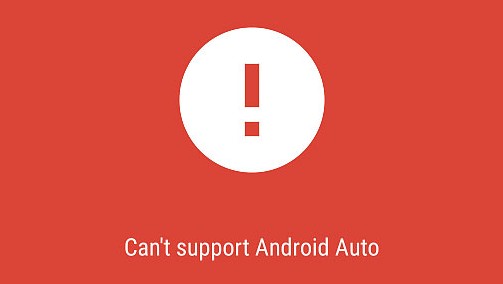 Not long after its launch, users have already reported bugs encountered while using the newest update on Android N developer preview. This shouldn’t be a surprise because  the company stated several times that this is not the final version of the OS and users should not install this preview on their main device. I can understand the desire of having the latest OS on your Nexus device and being among the first people who discover what Google changed and improved, but using an unfinished and unstable OS on your main communication device can become unpleasant really fast.

The biggest bug reported so far has been discovered by Android Auto users after upgrading their Nexus devices to the 4-th developer preview. Users complain that the Maps app crashed shortly after tapping it and the device returns them to the Auto home screen. Android Auto works only when it’s connected to a smartphone or tablet. It seems that for now users who have the latest developer preview installed are unable to use Android Auto and this issue has been marked as critical by Google and hopefully a fix will come out soon, maybe before the next preview version.

An interesting aspect is the fact that this issue has not been reported on the first 3 developer previews. Either no one used Android Auto while having an Android N Developer Preview installed or for this upgrade Google messed around in the Maps app. For now, the only sure way to solve this problem is to downgrade your OS version, but I strongly believe that Google will roll out a fix for this bug in a short time. One thing is certain, Android N is becoming more stable and clean with the help from users who are curious enough to try out Google’s new OS and take the time to report the bugs found in order to improve the system.

I have always been eager to try out any gadget I could get my hands on. I became a tech journalist so that I could always be around technology and see the newest devices. I use gadgets every day to make my work and life easier. I have enough experience to know If a device is actually improving my activity, offers something useful or new. I will post my honest opinions and judge a device as objectively as I can.
@https://twitter.com/Colin27Anderson
Previous iPhone 6, 6 Plus Patent Issue in Beijing
Next iPhone 7 Might Have 3.5mm Audio Jack After All