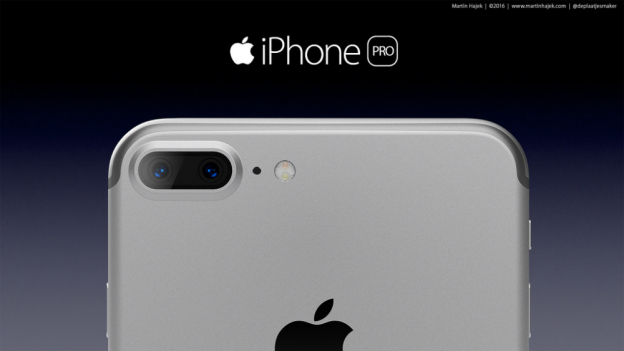 Rumor had it that we might see three iPhone 7 models this fall, and according to sources, the recently leaked pricing seems to sustain these predictions. Alongside the usual iPhone 7 and iPhone 7 Plus, in September Apple might launch a new model, the iPhone 7 Pro, which should be even more premium than the Plus version of the smartphone. At least that is what the pricing suggests. It’s not yet clear whether the Pro will differ from the other two models only in size or the company will opt for more premium materials as well, but either way, it would be a change in the MO of the Cupertino-based company.

Sources state that we can expect three different storage options in all of the models. It seems that Apple decided to ditch the quite inefficient 16GB storage version and opted for 32GB instead. The iPhone 7 is rumored to come with 32GB, 64GB or 256256GB storage, while the iPhone 7 Plus and iPhone 7 Pro  versions could arrive with 32GB, 128GB, and 256 GB internal storage. The 256GB storage is also good news, given the fact that many iPhone users were complaining about the limited space they have their videos, music, games and apps to store in. On the other hand, the majority of smartphone users could easily settle for the 128GB version, but to be honest, usually bigger is better, so we salute the new storage version also.

As far as pricing goes, according to sources, those who will opt for the base model of the iPhone 7 will most likely have to pay around $30, while those who would like to have the versions with more storage could pay up to $1,353 for the iPhone 7 Pro with 256GB storage. This is not a small amount of money to spend on a smartphone, but it is likely that true iPhone fans will opt for the most premium version in order to get some extra features, that may, or may not be exactly what they wished for. We’ll just have to wait for the official announcement of the Pro to see what extra options it brings and whether they are worth the extra $150 in comparison with the Plus.

As long-time IT enthusiasts, gamers and gadget fanatics, Mark and I have been working in the industry for a long time and we both have a vast experience in dealing with smartphones, tablets, PC and console hardware and everything tech-related. My list of industry insiders is long-enough to allow me to get insights into what's going on in the technology field and provide my readers with interesting and timely updates. I focus on brief, to-the-point reporting, keeping the "bla bla" to a minimum and making sure my readers get easy access to important information and updates. I mainly specialize in Android-based mobile devices, leaving iOS and Apple devices in Mark's capable hands.
Previous Recently Filed Patent Hints at Apple Watch 2 with Dual Cameras
Next Xiaomi QiCycle – An Affordable Electric Bike