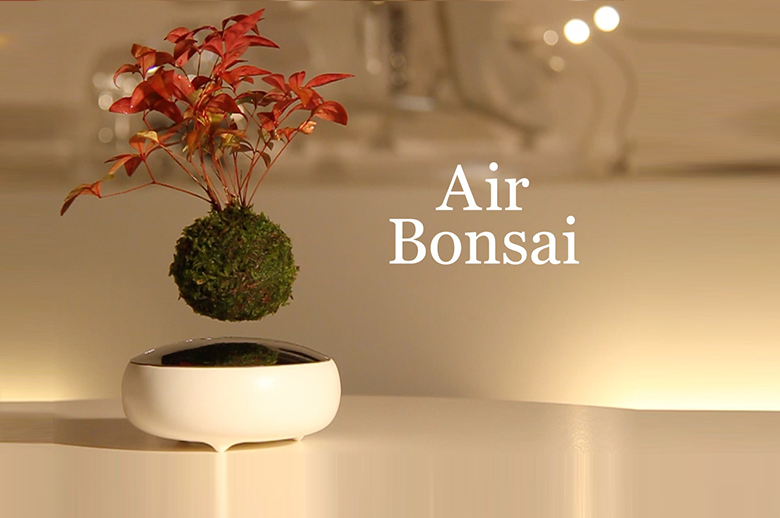 When we speak of technology, the majority of us immediately think of smartphones, tablets, laptops, and even space shuttles, but we rarely think of objects that are meant to make our houses more appealing, or simply to turn them into our homes. The Air Bonsai is one of these gadgets, that was solely created to please your eyes and turn your home into a beautiful, calming place. The project was launched on Kickstarter, and it seems it generated a lot of interest since $843,743 were already pledged. The project was launched in order to raise $80,000, so it’s safe to say that it turned out to be a success. 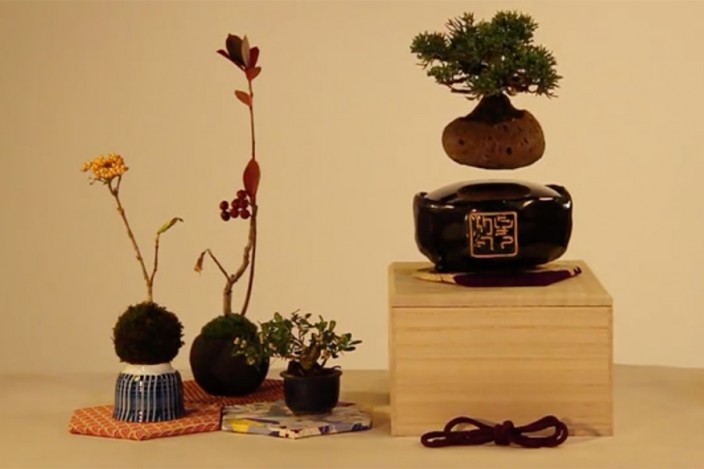 The Air Bonsai is, as its name suggests, a bonsai, but not a regular one. Regular bonsais don’t float in the air, but this one does. The team, made up by producer Hikaru Hoshi, creator Masanori Imayoshi, Yukihiro Byodo, Chirs Myajima, Aaron Jenkin, and Paul Jenkin, managed to create a high-quality prototype that is made up of two pieces: the “little star”, and the “energy base”. The first one is a mossy sponge powered by a built-in magnet that will allow owners to plant their bonsai of choice. The base, dubbed the “energy base”, is also powered by a built-in magnet, so the combination of the two parts will result in a floating device. The base is also equipped with a rotating mechanism, and a light at the bottom, which indicates whether the gadget is turned on or not. The lower part of the Air Bonsai runs with an AC adapter. 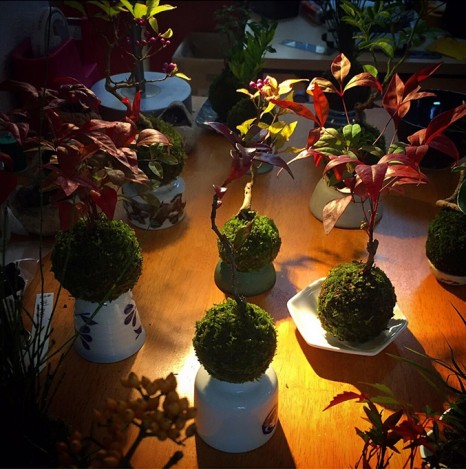 Those who would like to back the project can opt for a basic set, which includes the “little star”, the “energy base”, a One-of-a-kind Cushion, an AC adapter, and the “Kiri” box, made of Paulownia wood. Those who want to take the experience to the next level can also choose to purchase the “little star” Lava, which can replace or be used with the aforementioned “little star”. Basically, it is a white, lightweight lava stone object that will float above the energy base. There is also a possibility for backers to opt for handmade, original “little star” and “energy base” pieces, so there are limitless options when it comes to personalizing the Air Bonsai. 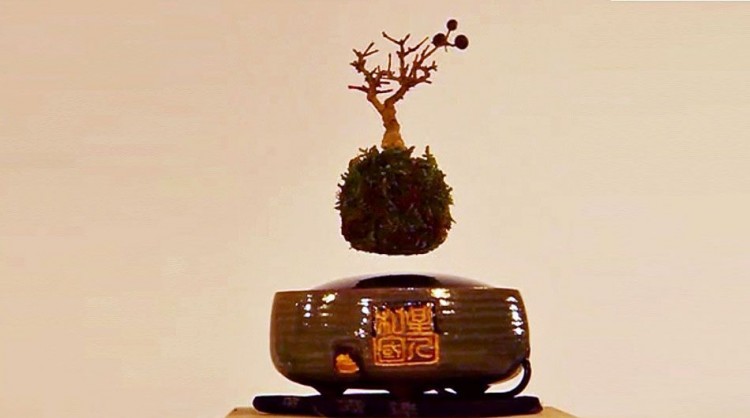 The project was launched in January, and given the fact that the team managed to raise the necessary funds, it’s highly likely that they will be able to keep to the schedule and start delivering the Air Bonsai kits next month, just as planned. Those who won’t get their bonsais this time around will definitely get their hands on them in the second run, which will finalize in October when the product will be delivered to them. If the backers are not from Japan, they will only that the base and the spongy “little star” given the fact that the country has a rigorous no export policy. In this case, the team will negotiate with regional bonsai and plant makers in the US in order to deliver a truly amazing Air Bonsai to backers. One thing is sure, everyone will be amazed by the plant that will float above the base, offering not only a great image but also a truly exquisite sensation when you look at it.