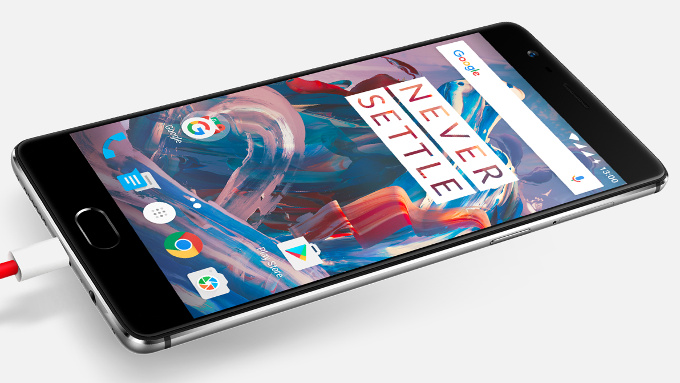 The recently launched OnePlus 3 will receive a new software update soon, according to a post on the OnePlus forum. The new version of the software, called Oxygen 3.2, is reportedly going to fix a number of bugs and issues that were previously reported by OnePlus 3 users. These include the enabling of the sRGB display mode, improved RAM management, improved GPS performance, better audio playback quality, and improved camera functionality among others. According to the aforementioned source, the OTA update started yesterday and is expected to reach all users in the next 48 hours or so.

The inclusion of the sRGB mode in developer options seems to be one of the most awaited updates, given the fact that the smartphone’s color rendition was the most disappointing according to the majority of users. Thanks to the software update, the color reproduction of the handset will definitely get a lot better, making it perfect even for those who use their smartphone for artwork. Another more than welcome change is the one regarding the RAM management of the device which was less than satisfying before the Oxygen 3.2 was rolled out. In fact, the OnePlus performed worse with its 6GB of RAM than the Samsung Galaxy S7 and its 4GB of RAM. This issue should now be solved, and OnePlus users should be able to enjoy a better smartphone.

The latest OTA update doesn’t only ensure better visual and audio quality, it also fixes some  issues concerning a number of notifications, actions in Gallery, and some bugs within the Clock and Music apps. Last but not least, Oxygen 3.2 also delivers the latest google security patches to OnePlus 3 users. Some users already received the OTA update, and unfortunately, there are people who reported on the forum that some issues remained unfixed.

The Oxygen 3.2 update is a quite large one, 396 MB, so users should consider updating their smartphones only when they have a Wi-Fi connection, and they should make sure before installing the update that they have enough space on their devices in order to avoid future malfunctions of the software that could install incorrectly. Let’s hope that the next update will manage to fix all the bugs that weren’t addressed in the current version.

I have always been eager to try out any gadget I could get my hands on. I became a tech journalist so that I could always be around technology and see the newest devices. I use gadgets every day to make my work and life easier. I have enough experience to know If a device is actually improving my activity, offers something useful or new. I will post my honest opinions and judge a device as objectively as I can.
@https://twitter.com/Colin27Anderson
Previous Chinese News Sites Banned From Using Social Media as a Source
Next Google Marlin Promises to be One Powerful Device