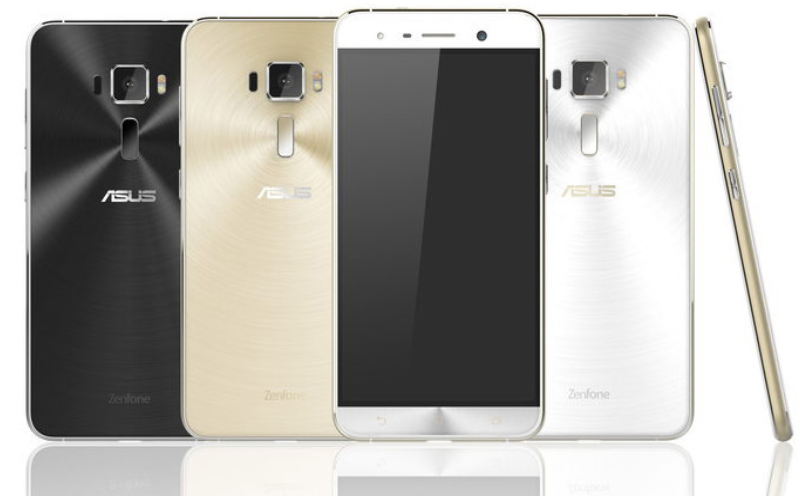 Every year we witness a competition between smartphone manufacturers that struggle to get their hands on the latest processors developed by Qualcomm. It seems that this year the Asus ZenFone 3 Deluxe is the first device to get the latest version of the popular chipset. According to Engadget, this information was disclosed at the Taiwan and Hong Kong launch event today , and this is not the only great feature of the Asus-made smartphone. The top of the line version of the ZenFone 3 Deluxe truly seems to be the most impressive smartphone launched up until now.

Not only does the Deluxe look great and elegant, it has a lot of power under the hood, and a number of impressive features, one of them being the 2.4GHz processor we already mentioned above, and the slightly faster Adreno 530 GPU. The Asus ZenFone 3 Deluxe features 5.7-inch Super AMOLED 1080p touchscreen, protected by Gorilla Glass 4 and offering glove mode. The handset includes a staggering 6GB of DDR4 RAM and 256GB of UFS 2.0 internal storage that will be expandable by up to 128GB thanks to its microSD card slot. The handset will be equipped with a 3.000mAh battery, a 23-megapixel f/2.0 main camera, and an 8-megapixel front camera. Of course, the ZenFone 3 Deluxe also features a fingerprint scanner, and Quick Charge 3.0.

The other two variants of the smartphone, which will have the Snapdragon 820 processor, have similar characteristics to the top model, except the fact that one of them will include 4GB of RAM and 32GB internal storage, and the other one will offer 6GB of RAM and 64GB internal storage. The price range of the Asus ZenFone 3 Deluxe models will vary from $500 to $780. These are quite reasonable prices for the power hiding under the hood of the handsets and their high-end specifications.

As to the launch date of the latest Asus smartphones, it was said that the devices will become available in Taiwan and Hong Kong as early as next month, and possibly a little later globally. There is a chance that the versions equipped with the Snapdragon 821 processor will take a little longer and will become available a few weeks after the ones that feature the earlier version of the chipset.

Hi fellow tech enthusiasts! I'm Mary. I enjoy writing about tech, but I love tinkering with gadgets more. If it can take a screwdriver, leave it to me to fix it (or brick it). I'm passionate about Android and I'm all in for Google, but I don't stray from Apple nor Windows, so I'll keep you up to date on everything mobile (or stationary).
Previous Nokia P1 Press Renders Leaked
Next Pokémon Go is Now Available in Germany