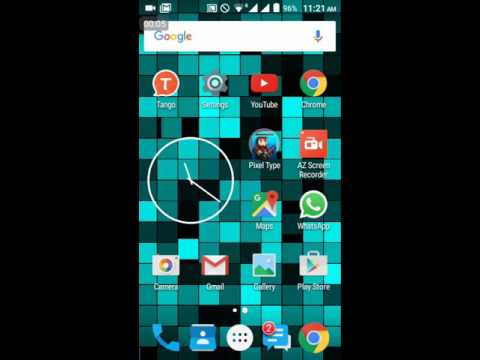 There was some chatter lately concerning the rebranding of Google’s smartphones. According to rumors, the company that owns the most popular search engine will ditch the Nexus brand and will opt for Pixel instead. Even though it might have seemed a far-fetched rumor to some people, given the fact that the Nexus Launcher is now the Pixel launcher, it might t turn out to be the truth after all. It’s not yet clear why the tech giant chose to rename its gadgets, but at least now the smartphones will line up with the company’s Pixel C tablet, at least when it comes to monikers.

Those who think that Google changed more than just the name of the Launcher will be quite disappointed. Just as Android Authority stated, the Pixel Launcher is “the most recent version of the Nexus Launcher with a new name.” There are some minor changes in the launcher, such as the dynamic Calendar icon, but there is no notable difference between the two. This is why, again, we are quite surprised by the fact that the company decided to take this step.  It’s rather strange to change only the name of some products, but not their characteristics also.

Nexus users, however, don’t seem that upset about the name change. Some do consider that the Pixel moniker is “bland and boring”, but the majority of them don’t think that anyone should complain about the change. After all, it is the product that counts, not its name. Even so, it’s a little strange to see Google go for such a change without any obvious reasons. The Nexus moniker was already an interesting one and when it finally became popular, the company decided to change it. Who know? Maybe they have their reasons and this minor change will be followed by more notable ones.

We already know that Google is working on another operating system, called Fuchsia. With the new Pixel line, we might just witness some truly amazing gadgets in the near future, delivered by the tech giant. Then again, maybe we won’t and this is just a sad marketing strategy that should make people think that the Pixel products are better than the Nexus ones, while they will be exactly the same.

I'm very curious when it comes to technology. I enjoy tinkering with entertainment and communication gadgets.
Previous Google’s Upcoming Nexus or Pixel Devices Could Be Launched on October 4
Next The iOS 10 Update is Causing Some Serious Problems