Enjoy the Silence with Muzo

Up until a few years back, everyone was looking for the best Hi-Fi sound systems, in order to make as much noise as possible. Even though people still enjoy their music or favorite movies on their sound systems, we all feel the need of some tranquility and silence once in a while. Unfortunately, especially in the big cities, the moments of silence are rarer and rarer. It’s hard to find a place where the traffic sounds or the noise made by our neighbors won’t reach us. Earplugs are OK, but to be honest, it’s not everyone’s cup of tea to walk around in their home or office with one of these little things stuck in their ears. Thankfully, someone has thought about this problem and addressed it by creating the Muzo.

Muzo is a clever device that is able to block noises. In fact, at the base, it is a vibrational loudspeaker, but it works in reverse, given the fact that it lacks a membrane. Instead of creating noise, it blocks it. But this is not the only thing Muzo can do. it is also able to create different scenes by mixing up sound vibrations or to create sound fields that will stop your neighbors from hearing what you say. That is pretty cool, isn’t it? 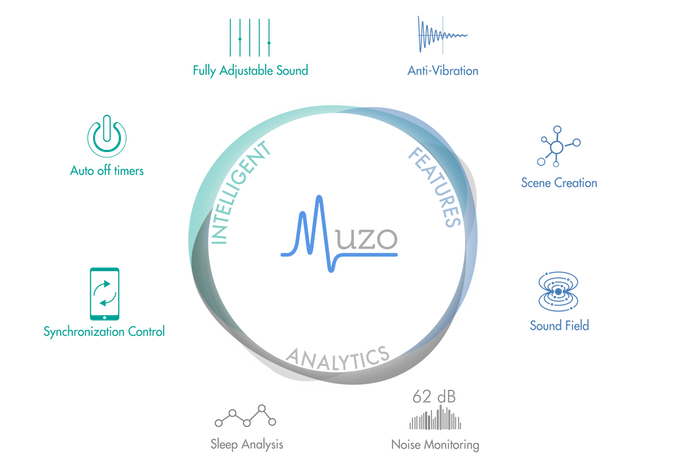 The Muzo started out as a Kickstarter project back in June, and it managed to raise more than $500,000 in a few weeks. The product is available for preorders now, so if you would like to turn your house truly into your private space, you can try it out. It can also prove to be useful in business environments too, where sensible information needs to remain secret. The Muzo can ensure a space where no one except the intended people can hear a conversation. We can imagine law firms and security firms opting for the Muzo in the next few months or years. Would you like to have one in your office or home? If so, why?

I have always been eager to try out any gadget I could get my hands on. I became a tech journalist so that I could always be around technology and see the newest devices. I use gadgets every day to make my work and life easier. I have enough experience to know If a device is actually improving my activity, offers something useful or new. I will post my honest opinions and judge a device as objectively as I can.
@https://twitter.com/Colin27Anderson
Previous Jet Black iPhone 7 Sold Out Before Hitting the Stores
Next The new HTC Desire 10 is Simply Gorgeous