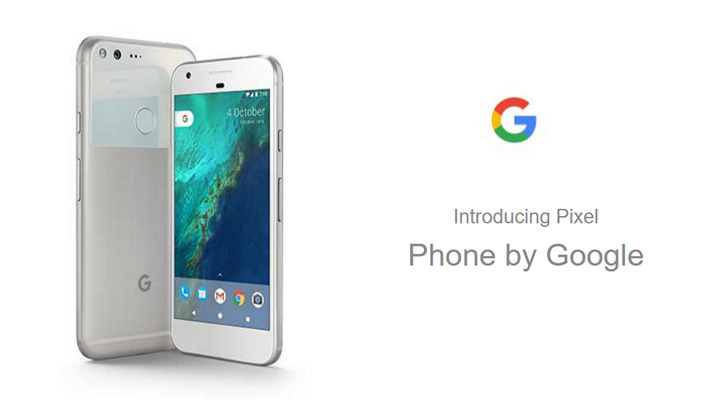 Google Pixel Revealed Ahead of Time

Google usually manages to keep at least some secret regarding their upcoming smartphones until they officially reveal them. This year, unfortunately for the tech giant, and fortunately for eager Nexus fans, a Canadian company and a UK retailer, Carphone Warehouse have spilled the beans about the upcoming Google Pixel smartphone ahead of time, revealing both its design and key features. Of course, there is no surprise in the design part of the smartphone, given the fact that there were a lot of renders circulating the web well before. However, it was a surprise to see everything Pixel has to offer written down, on a public site.

According to the aforementioned leak, with the upcoming smartphones, Google will offer unlimited photo backup, just as it was previously rumored. The leaked images also confirm that there will be two new models, the Google Pixel and the Pixel XL, a 5-inch handset, and a 5.5-inch device. According to Android police, both handsets are equipped with Qualcomm’s Snapdragon 821 chipsets, clocked at 2.15GHz. The devices include 4GB of RAM and they will be purchasable in a 32GB internal storage version or with 128GB internal storage. Both models have fingerprint sensors and will run on Android 7.1 out of the box.

What sets the two handsets apart from each other, besides the size of their display, is the battery. The Google Pixel is equipped, according to Android Police, with a 2770mAh battery, while the larger Pixel XL comes with a 3450mAh battery. Both smartphones offer a 12MP primary camera and an 8MP front-facing one, so there is no difference here. All of the leaked information only seemed to confirm what was already rumored, however, there is one thing that surprised everyone: both devices are listed as having microSD card slots. This is not usually the case with Google’s smartphones. It’s not yet clear whether it is a mistake on Carphone Warehouse’s listing or Google finally decided to deliver what a lot of users were dreaming of, and that is additional storage. Even though the majority of users could easily settle for 32GB, there are others who would really like to have a lot more, even more than 128Gb, and for these people, a microSD card slot would be a dream come true. The official launch date, set for October 4, is just around the corner, so it won’t be long before we find out more about the matter.

I have always been eager to try out any gadget I could get my hands on. I became a tech journalist so that I could always be around technology and see the newest devices. I use gadgets every day to make my work and life easier. I have enough experience to know If a device is actually improving my activity, offers something useful or new. I will post my honest opinions and judge a device as objectively as I can.
@https://twitter.com/Colin27Anderson
Previous LG V20 to Become Available Starting This Week
Next The Ockel Sirius A is a Tiny, Yet Powerful PC