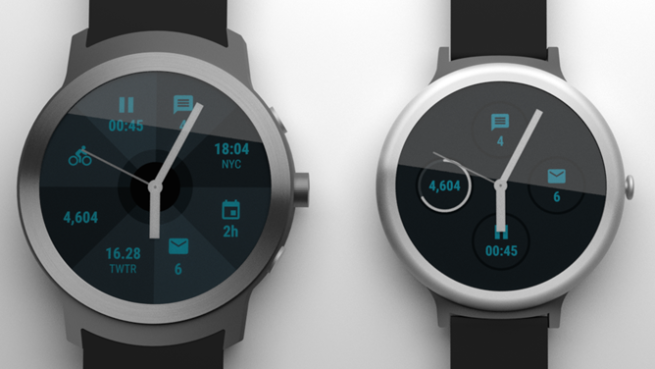 Google Smartwatches to be Released At The Beginning of 2017

Android Police reported back in July that we can expect to see two different Google smartwatches sometime in the future. Thanks to Evan Blass, now we know that it’s highly likely that the two gadgets will be released in the first quarter of next year. The tipster posted a tweet on Thursday, stating that “Google’s two smartwatches will be released with Android Wear 2.0 in Q1 2017”. Given the fact that we area already in October, there will be only a few months before we see the tech giant’s two wearables.

According to rumors, the Google smartwatches will run on the company’s own Android Wear 2.0. Even though until now the tech giant chose to develop only the operating system, but not manufacture their own devices to run on the OS, it seems that things will change. This is not necessarily a big surprise, given the fact that earlier this month Google delivered their own brand of smartphones, the Google Pixel and the Google Pixel XL. It sure seems that the tech company decided to take matters into their own hands, and take advantage of the market not only by delivering operating systems both for smartphones and wearables, but to manufacture them too.

An image of what the Google smartwatches will possibly look like was leaked by Android Police back in July. If the images reflect the reality, it’s safe to say that Google will continue delivering devices with a simple, yet practical design. The recently launched smartphones of the company are also on the simple side of the smartphone designs, but to be honest, this definitely isn’t a problem. After all, functionality is just as important, if not the most important, in any gadget. The Google smartwatches will most likely have a round design, making it look more like a traditional timepiece. However, the Android Wear 2.0 will  give it a boost, turning it into the favorite gadget of many people, we think.

The Google smartwatches are codenamed Angelfish and Swordfished, according to rumors. The Angelfish will be the larger, and more impressive of the two. The device has three buttons, one larger one in the middle, and two smaller ones on each side of the large button. It offers GPS and LTE support, so users won’t necessarily need to use it with a smartphone, it will be able to perform numerous actions on its own. It also includes a heart rate sensor and a whole lot of other features.

The Swordfish is the smaller sibling, and it also has a little less to offer. It only features one button on the side, and given its thing body, it’s highly likely that Google didn’t manage to fit a heart rate sensor in there. The smartwatch will reportedly be available in silver, titanium and rose gold versions, so it could turn into the favorite accessory for many users. Unfortunately, Google did not disclose any information regarding the smartwatches, so we need to take every news as a rumor until we know more through official channels Until now, the majority of Evan Blass’s information turned out to be accurate, so at least we know that Google is preparing something for us in the first quarter of 2017. It’s highly likely that more information will be leaked closer to the launch date, so stay tuned, and find out everything there is to know about the upcoming gadgets.

As long-time IT enthusiasts, gamers and gadget fanatics, Mark and I have been working in the industry for a long time and we both have a vast experience in dealing with smartphones, tablets, PC and console hardware and everything tech-related. My list of industry insiders is long-enough to allow me to get insights into what's going on in the technology field and provide my readers with interesting and timely updates. I focus on brief, to-the-point reporting, keeping the "bla bla" to a minimum and making sure my readers get easy access to important information and updates. I mainly specialize in Android-based mobile devices, leaving iOS and Apple devices in Mark's capable hands.
Previous Samsung Galaxy S8 February 26 Launch Confirmed by Tipster
Next OnePlus 3s Leak Indicates Snapdragon 821 Chipset