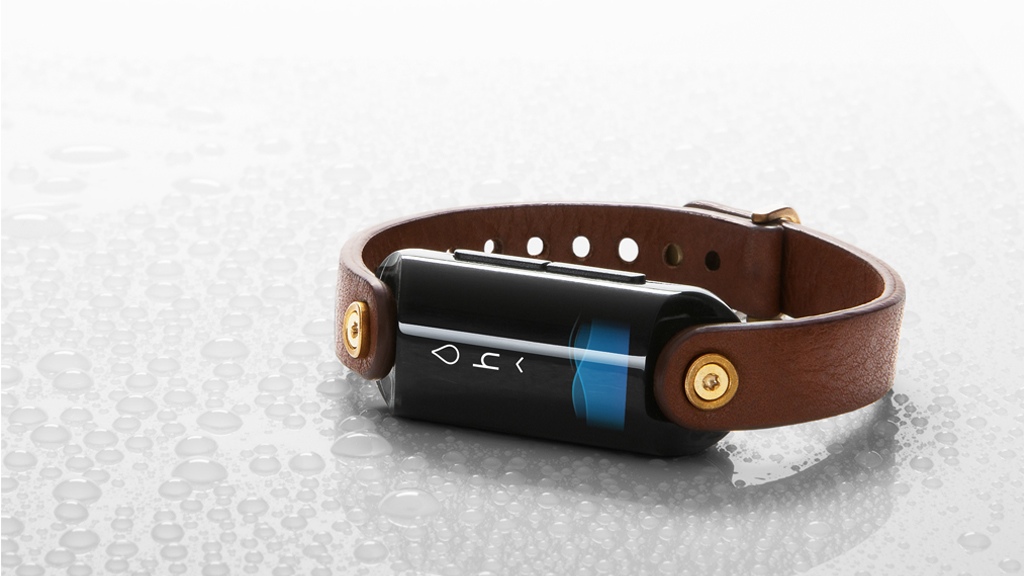 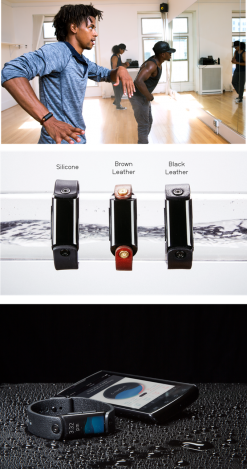 Kickstarter is definitely one of the most popular crowdfunding platforms of the world. Some projects turn out to be extremely successful, others don’t get to raise the sum their developers were hoping for. LVL, the world’s first wearable hydration monitor belongs to the first group. With 8 more days to go, the project managed to raise over $1 million. Given the fact that the developers were aiming for $50,000, it’s safe to say that this particular project turned out to be quite a success. Some of us might wonder, why on Earth would people pledge funds in order to gain a gadget that monitors their hydration level. The truth is that this is just as important as a heart rate monitor, or an activity tracker. And LVL has it all.

Let’s start with the design of this wearable. The capsule-like display and the silicone or leather strap  come together in creating a truly eye-catching gadget. The interface of the device also keeps it simple, delivering all the information users need, without making it look too complicated. And this, in our opinion, is really cool. After all, having the information is more important than having a display full of images that only complicate the existence of the users. 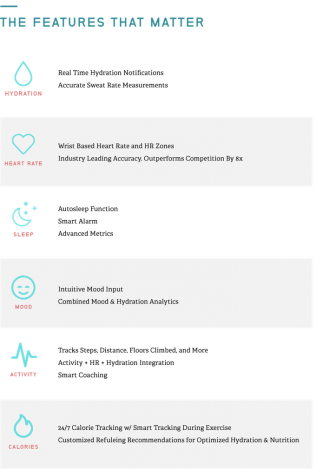 As far as functionality goes, the LVL impresses in this category also. It’s not only able to monitor the intake of fluids, it also keeps track of the user’s sweat rate, so it can deliver accurate real-time hydration notifications. The gadget also features an accurate heart rate monitor, auto sleep function, a smart alarm, and advanced metrics. Activity tracking is also a feature offered by LVL since it is able to track steps, distance, and even the number of floors climbed. It also tracks the number of burnt calories and is able to recommend  refueling in order to ensure the user’s optimal hydration and nutrition level. That is quite impressive if we consider other fitness or activity trackers that offer a lot less for higher prices.

The gadget is compatible with iOS and Android devices and it is equipped with a battery that is able to ensure up to 4 days of usage on a single charge. It can be charged in under two hours, so even if it runs out of juice, users don’t have to take it off for a long time. The LVL has IP67 water resistance rating, and it weighs only 50 grams, so users won’t even feel it on their wrists. If all the plans go well, the device will be ready for full-scale production starting July 2017. We have a feeling that after this date, we will hear a lot more about this hydration monitor which could turn into the perfect accessory for many of us, especially those who constantly forget to correctly hydrate themselves, such as yours truly.

Hi fellow tech enthusiasts! I'm Mary. I enjoy writing about tech, but I love tinkering with gadgets more. If it can take a screwdriver, leave it to me to fix it (or brick it). I'm passionate about Android and I'm all in for Google, but I don't stray from Apple nor Windows, so I'll keep you up to date on everything mobile (or stationary).
Previous OnePlus 3s Leak Indicates Snapdragon 821 Chipset
Next New Mac Computers are Coming on October 27