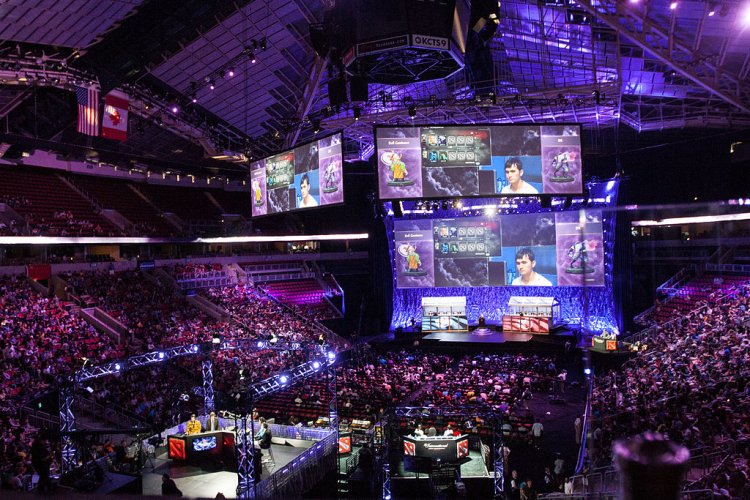 The World of eSports

We have gadgets for everything these days. We can use things to help us travel, such GTS and map apps. There are dozens of things you can get to help around the kitchen, whether it’s preparing food, giving us recipes or whatever. We have things for work and for fun, pointless gadgets to essential items we use everyday. You never know what a gadget could bring to your life and how it important it could be, because for some people it’s console, PCs and smartphones, as they allow them access to a world competitive video game sports.

We’ve all played some form of video game in our life, whether we’ve dedicated many hours to a certain game to finish the story or it’s something we pick up for a few minutes every now and again to pass the time. For some people though, it’s their life and their profession. eSports has become a major business and form of entrainment over the past few years and it’s continuing to grow. Leagues and tournaments exist all over the world in which people compete in various video games and they have become extremely competitive and entered the mainstream.

What would originally have been a small tournament in an arcade would expand with organisation, as video game competitions would invite more and more people to compete in larger venues. This was common for fighting games and shooters, in which individuals or teams would enter the tournament and battle until the winner took away with the prize. These events started off being run by fans but official involvement happened and now companies create their own events to promote their game and grow the player base.

With the internet though this has expanded massively. People could now play online with convenience so they could constantly improve their skills and challenge the best players from across the globe. This made game tournaments even more prominent and the prizes much larger. Spectating such tournaments has become possible thanks to services such as Twitch that can broadcast these events all over the world, with a guaranteed one-hundred thousand plus viewers for large events.

There are many games played in various events, leagues and tournaments, with a few key to each genre. League of Legends is a popular Multiplayer Online Battle Arena game in which teams take command of a host of characters and have to strategically defeat the opposing side. Counter-Strike and Overwatch are the big games in shooters, in which teams have to coordinate attacks to take over enemy territory or to defend their base. Hearthstone: Heroes of Warcraft is a popular collectible card game that has accumulated fans all over the world and they compete with their custom decks. Street Fighter V and Super Smash Bros. are the main two fighting games in which players must battle their way through hundreds of opponents to reach the final using mind games and fast reactions.

These electronic sports have become mainstream. South Korea is the home of eSports and events are broadcast on major TV networks, with the players becoming household names. Sports channels in the west have also been getting in on this, with channels such as ESPN2 in the USA broadcasting eSports events. The proof of it’s mainstream appeal is that eSports are now part of traditional sport betting. Whether it’s the LoL summer play-offs available at Betway or a top Counterstrike event, you can win big on these electronic sports.

This is just an overview into the wide world of eSports and with how much it is growing and evolving, it’s just the tip of the iceberg.

Smartphones, tablets, laptops, drones, smartwatches my goal is to review them all.
Previous Microsoft Introduced the Surface Studio
Next Meizu Pro 6S Made An Appearance on AnTuTu Benchmark