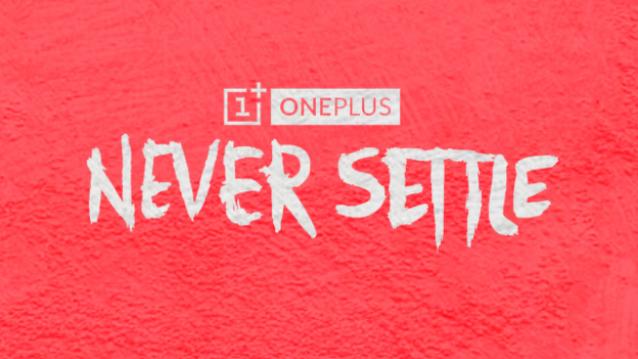 Rumor had it that this year will not end before the release of another OnePlus smartphone, the OnePlus 3T. Even though at first the launch of a new device was rather questionable, later it became almost certain that the event will take place on November 15.  A few days before the big event, the company posted their first teaser on their Twitter page. A few hours ago, the second one came, making us even more curious. At first sight, some people could think that the two different posts could mean that there will be two new models, but that is not really likely to happen.

There isn’t a lot of official information regarding the OnePlus 3T, instead, there are a lot of rumors. These hint at a design that will be quite similar to the one of the current OnePlus flagship device. Other rumors included a Qualcomm Snapdragon 821 SoC. This might not make the 3T a totally new handset compared to the original OP3, but it certainly will make it a faster one. The LCD display of the smartphone could be a turndown for some people. The Super AMOLED screen of the OP3 is definitely a more beautiful one. This, however, will be balanced by the higher quality of the cameras the 3T will come with.

The upcoming OnePlus device will have a 16MP back camera with a Sony IMX398 sensor and a wider f/1.7 aperture. It is also possible that the battery of the OnePlus 3T will be more impressive. Instead of the OP3’s 3000mAh battery, we might get a 3300mAh one in the 3T. If all these rumors are true, we can say that the OnePlus 3T will be a somewhat enhanced version of this year’s OnePlus flagship. It’s not a brand new handset that is totally different from the previous model, but it has some improved features.

OnePlus will most likely launch the new handset on November 15. Then we will know everything about the gadget. So far, it promises to be a good one. We hope it won’t disappoint us. Until now OnePlus managed to deliver some great smartphones, there is a good chance that the OP 3T will also be a nice one.

I'm very curious when it comes to technology. I enjoy tinkering with entertainment and communication gadgets.
Previous HTC Launched the HTC Bolt, a Sprint Exclusive
Next MATRIX PowerWatch Never Needs to be Charged