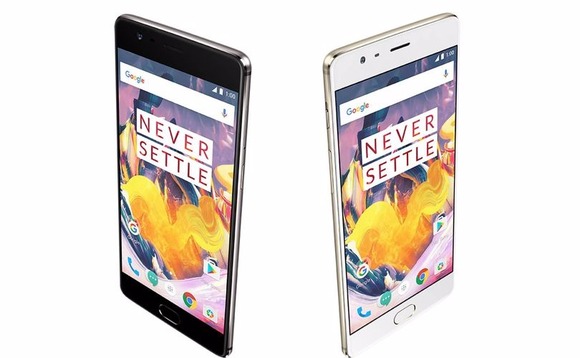 We reported lately that the OnePlus 3T was on its way. The Chinese startup launched their latest handset on November 15. Until now, it was quite unclear whether they will keep both devices on the market or not, but now it is certain: the 3T dethroned the OnePlus 3. According to Android Authority, the company decided to discontinue the handset they launched back in June. At least in Europe and in the US. The decision is somewhat understandable, given the fact that the 3T comes with better specs. However, it is more expensive, so it’s certain that some people would have chosen the first OP3 model instead of the recently launched one.

The OnePlus 3 that was launched back in the summer featured a Qualcomm Snapdragon 820 processor. The recently launched 3T comes with the newer, and faster, Qualcomm Snapdragon 821. The 3T also has a bigger battery than its predecessor. Instead of the 3000mAh battery of the OP3, the new model now features a 3400mAh battery. It also offers fast battery charging, which allows users to get 60% charging in only 30 minutes. While the earlier OP3 features a 16MP back camera and an 8MP front-facing one, the 3T comes with two 16MP snappers. Whether people will be impressed by this or not, it’s quite uncertain.

Although both devices sport the same 6GB of RAM, there is an upside to the most recent model: it is available in two variants, with 64GB or 128GB of internal storage. The OnePlus 3 only offered 64GB, so the second variant may be welcomed by many. Neither model features a microSD card slot, so the extra storage can come in handy. One difference that may be a game changer for some smartphone users is the OnePlus 3T’s Android Nougat 7.0. The first OP3 model comes with Android Marshmallow out of the box, and it’s highly likely that it won’t get the latest operating system anytime soon.

Even though the OnePlus 3T seems to be the better smartphone for everyone, it does come with a higher price. To be more specific, those who opt for buying this model over the original OnePlus 3 will have to pay $40 more. This may not seem to be a lot, but usually, smartphone users who go for the OP handsets instead of the ones released by more popular manufacturers choose them exactly because of their price tags. In this case, a $40 price hike can prove to be a really bad decision for OnePlus.

Hi fellow tech enthusiasts! I'm Mary. I enjoy writing about tech, but I love tinkering with gadgets more. If it can take a screwdriver, leave it to me to fix it (or brick it). I'm passionate about Android and I'm all in for Google, but I don't stray from Apple nor Windows, so I'll keep you up to date on everything mobile (or stationary).
Previous Nintendo Shares Rise Thanks To Super Mario
Next Dashbot is the Gadget For Your Car