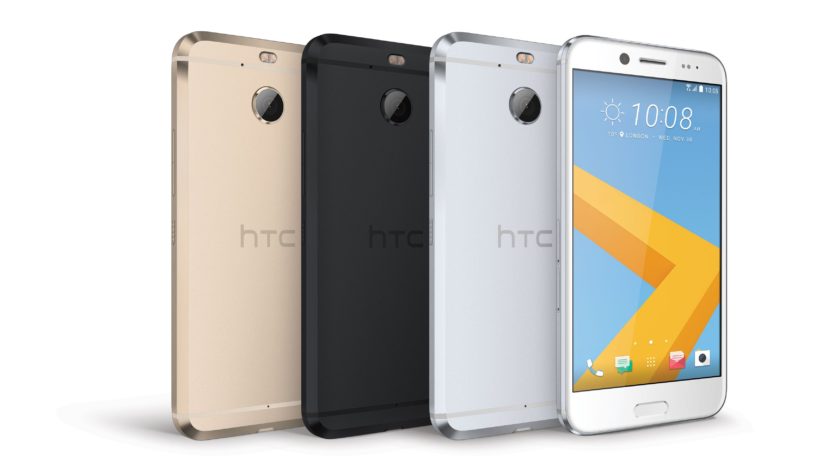 Sprint and HTC launched the HTC Bolt a few days back, and now the company announces the international version of the handset, dubbed HTC 10 Evo. HTC unveiled the smartphone at an event in Taiwan today. Other than the different moniker, it seems that the Evo is exactly like the Bolt the company launched in partnership with US carrier Sprint. While the Bolt was only available for Sprint customers, the Evo is already available for pre-orders in Taiwan and is expected to become globally available soon.

The HTC 10 Evo has a design that is similar to the one featured by the HTC 10 that was released earlier this year. However, it is a little bit slimmer, and this is why it may not be everyone’s cup of tea. The HTC 10 was already quite thin, so in this case, the company may have overreached a little bit. On the other hand, there are a lot of people who still believe that thinner is better, and for them, this could be a perfect choice. The metal unibody of the handset is quite appealing, and the Evo also offers better water resistance than its predecessors. To be more exact, the 10 Evo has an IP57 rating and is water, splash and dust resistant. Unfortunately, this doesn’t mean that users can go swimming with it, but it will be ok if splashed.

Other specs of the HTC 10 Evo include a Snapdragon 810 SoC, 3GB of RAM and 32GB or 64GB of internal storage. The handset also features a microSD card slot that supports up to 2TB of additional storage. The handset features a 16MP back camera and an 8MP selfie camera. The 3200mAh battery keeps the device going, and when it runs out of juice, users can benefit from the Quick Charge 2.0 support of the handset to charge their smartphone faster.

The HTC 10 Evo has a USB Type-C connector that also serves as an audio connector. Yes, the Evo also ditched the audio jack, just like the iPhone 7. However, unlike with the iPhone 7, in this case, users can use the USB connector to listen to their favorite tunes. The device features HTC’s BoomSound Adaptive Audio that promises to adapt the sound to every user’s ears and hearing in order to deliver the perfect audio experience. As far as prices go, the 32GB version of the handset will set customers around $564 back, while the 64GB version will cost them approximately $626.

I have always been eager to try out any gadget I could get my hands on. I became a tech journalist so that I could always be around technology and see the newest devices. I use gadgets every day to make my work and life easier. I have enough experience to know If a device is actually improving my activity, offers something useful or new. I will post my honest opinions and judge a device as objectively as I can.
@https://twitter.com/Colin27Anderson
Previous New Nokia Smartphones to Roll Out at MWC 2017
Next A New Battery Could Last for a Week on a Few Seconds’ Charge