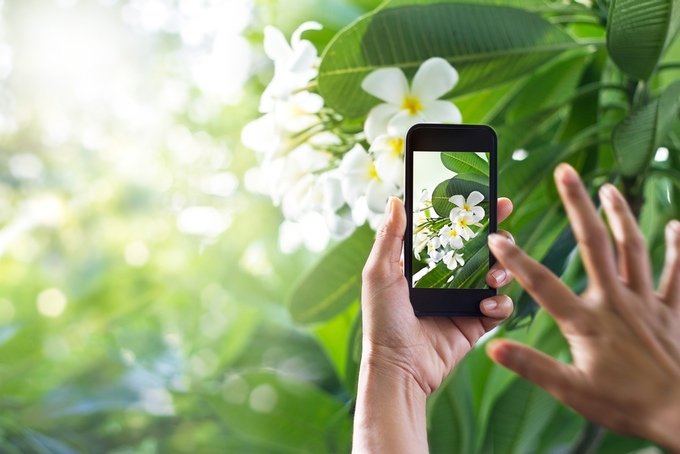 Everyone, no matter what their sex is, loves at least some kinds of plants. The ladies enjoy the flowers, guys usually go for larger plants, such as trees. Maybe even cute bushes that just look marvelous beside the house. Tha truth is, we all like plants, but the majority of us don’t really know them. Of course, we recognize the most popular plants, but do we really know many kinds of plants? Not really. Now, thanks to a great team, we might all have a helping hand in knowing plants. So far, it is only a Kickstarter project, but we’ve seen crazier projects become reality, so PlantSnap could too.

PlantSnap is an app that allows users to identify plants with a single snap. All they need to do in order for the app to identify a specific plant’s species for them is to take a picture of the plant in question. PlantSnap will then identify it in its database. Speaking of databases, the Kickstarter project was created so that the team can work on creating a global database that allows the app to recognize as many species as possible. This way, the app could be a terrific educational tool also, not only a nice addition to our smartphones. The app could be used in schools when teaching biology, and it could even become a great tool for scientists who deal with plants. After all, not even they could know every plant all across the world.

At this point, the application manages to classify images of leaves and flowers. However, the app was not only meant to deliver the name of the species captured in an image. It is also able to offer information regarding the plant that needs to be identified. The app is powered by artificial intelligence and deep learning algorithms, so it really works according to the team it was developed by. The team already managed to raise the funds they initially hoped for, so they will continue expanding the database and deliver the fully functioning application as early as January 2017. If you would also like to have an app that helps you identify all the species of flowers, plants and trees you see and like, you can back the project for seventeen more days.

I have always been eager to try out any gadget I could get my hands on. I became a tech journalist so that I could always be around technology and see the newest devices. I use gadgets every day to make my work and life easier. I have enough experience to know If a device is actually improving my activity, offers something useful or new. I will post my honest opinions and judge a device as objectively as I can.
@https://twitter.com/Colin27Anderson
Previous Android Nougat Begins Rolling out to HTC 10 Friday
Next Olive is a Hearing Aid That Looks and Works Great