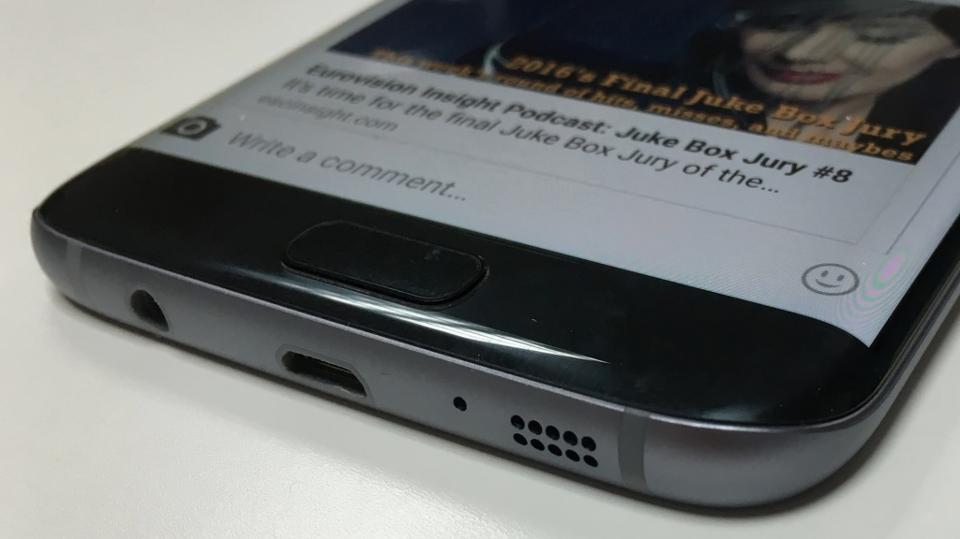 The iPhone 7 that was released earlier this year had one big innovative feature: the lack of the 3.5mm audio jack. Some people thought this was cool, others consider the choice to be quite a stupid one. Unfortunately for the latter group, it seems that Apple has set a trend here. According to the latest rumors coming from Sam Mobile, the Samsung Galaxy S8 will also come without an audio jack. However, the handset could make up for the lack of the audio jack with Harmon stereo speakers. That is if customers will be impressed by them. They should offer great audio quality, but will it be enough to forget about the traditional ear pieces? We’ll see.

According to the same source, the audio jack won’t be the only thing disappearing from the upcoming Galaxy handset. Sam Mobile also sais that we won’t be seeing the home button either. Given the fact that this was a signature feature of previous Galaxy devices, we can say that the Samsung Galaxy S8 will not really look like the Galaxy handsets we were used to. This might be a great thing, or it could be a turnoff for many customers.

It also seems that the rumored 4K display will not become reality just yet. instead, the company will opt for a 2K display with 2560×1440 pixel resolution. However, this Super AMOLED display will be made out of a new material, which should grant a higher quality. After all, in the majority of cases, quality is more important than quantity, isn’t it right?

Returning to the lack of the 3.5mm audio jack from the upcoming Samsung flagship, we can speculate that the company chose to take this road in order to deliver a thinner device. It can also equip the handset with a bigger battery, now that the audio jack has freed up some space. Unfortunately, the headsets we all love will become useless. At least the ones we used to know. This time around customers will need to opt for ear pieces that connect through the USB Type- C port of the smartphone. Of course, this also means that users won’t be able to listen to music while they are charging their devices. Do you think ditching the audio jack is a good idea?

At first researching gadgets and technology was just a hobby, but it quickly became a lifestyle and a full-time job.
Previous The LG G6 To Be Waterproof According to Reports
Next Samsung Galaxy S7 Edge Now Available in Pearl Black