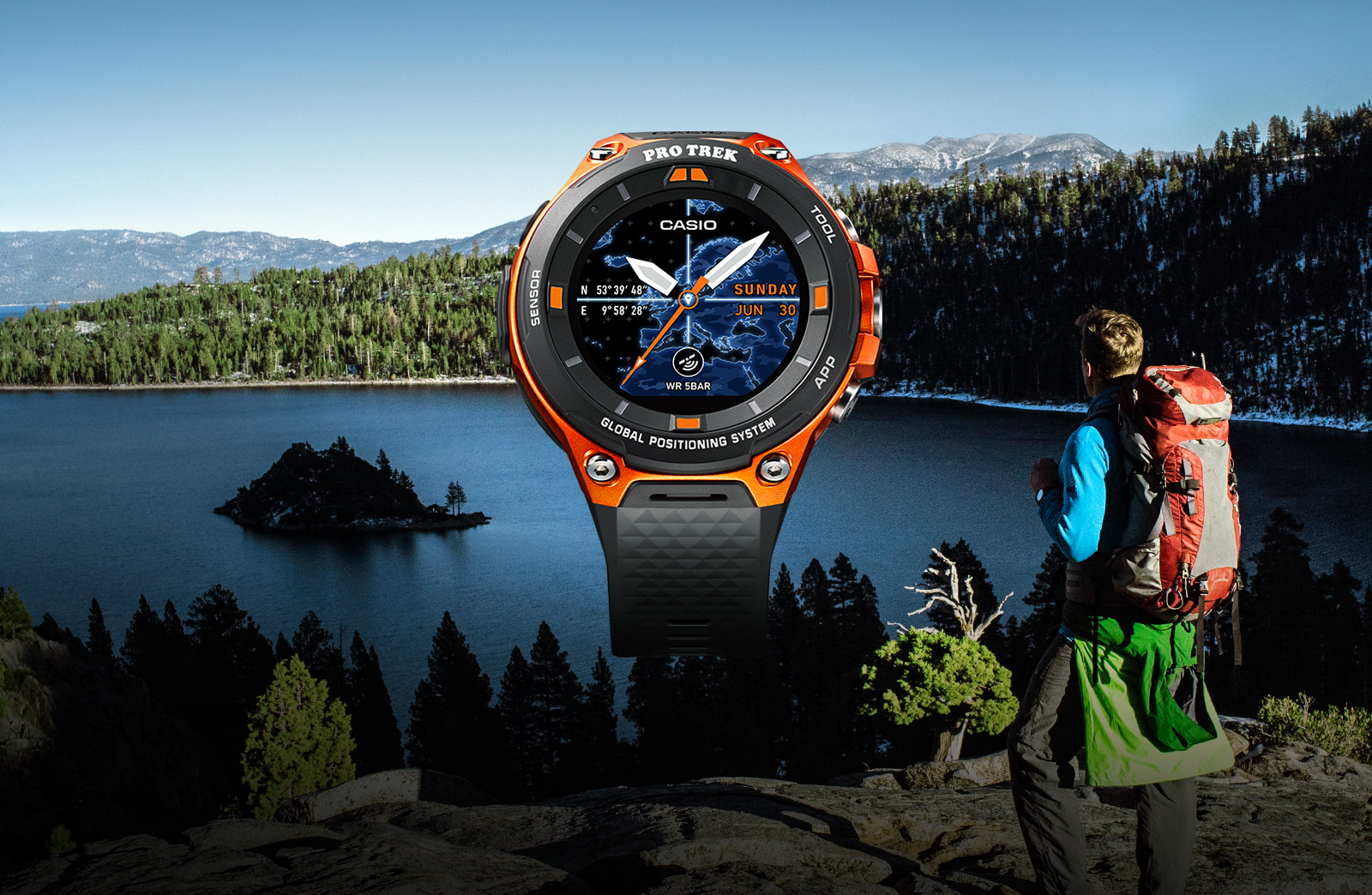 Casio just announced that the company is going to release the second smartwatch from its Smart Outdoor Watch lineup.  The new gadget will become available starting April 21, and it will run on Android Wear 2.0. It will feature the same water resistance and tough performance for outdoor activities alongside a low- power GPS. Besides these features, the new gadget will also offer a new color map functionality that can be used offline to expand the range of outdoor adventures. The new model, WSD-F20, can be used offline, in areas without cellular service. Basically, it’s the Casio watch many people love, just smarter.

The WSD-F20 is a good looking smartwatch with a sporty design, perfect for active people. It comes with a number of new apps preinstalled. these include Location Memory, Activity, Moment Setter and Tool. The Location Memory app instantly identifies the user’s current location. Users can easily access this function by only pushing one button on the side of the gadget. The app doesn’t only identify the location of the user but also allows them to add notes to otherwise unmarked map spots. This way, users will be able to revisit the same places. Based on the needs of the users, they can choose between multiple map designs.

The Activity app will definitely become the favorite feature of many users. It displays real-time measurement data, and it offers special functions for different activities. Even though this is not an entirely new app, it is an improved one. It uses GPS data and color maps. This way users can record the traveled path in the Hiking function. The same features also allow users to see the course and maximum speed of each run in the Snow function. The Moment Setter app is also quite useful. It alerts users to important moments in their activities. For example, users can set the rest break intervals, and the smartwatch will alert them when it’s time to take a break.

Another great app users will find on the new Casio model is the Tool. This app measures various kinds of data in order to track environmental changes and show the user’s activity levels. The gadget does this using a pressure sensor, compass, and accelerometer. The new model kept one of the best features of the previous one: the dual- layer LCD display. The monochrome display shows the time, while the color LCD shows maps, measurement data, and apps. Naturally, users can customize their wearable thanks to the interchangeable watch faces> they all look good, so users will have some difficulty in deciding which one to sport.

The WSD-F20 will be available in two colors, orange and black. It is compatible with both Android and iOS devices. However, it only works with Android 4.3 or later or iOS 9 or later. It charges in approximately 2 hours at room temperature, and the battery will last for up to one month in Timepiece Mode. When the gadget is normally used, as a smartwatch, its battery will only last for a day or so.

I am passionate about gadgets and everything tech related.
Previous DJI Unveils New Drones and Accessories at CES 2017
Next Coby Core Mini Mojo Speaker Debuts at CES 2017