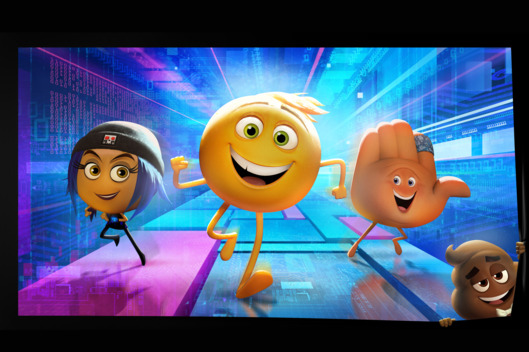 Emoji company GmbH announced that they have entered into a licensing agreement with Sony Pictures Animation. the agreement regards the emoji company’s registered emoji® trademark. It covers the use of the term “emoji” by Sony Pictures Animation in its worldwide merchandising program for the upcoming The Emoji Movie. Sony’s comedy feature will come to theaters on August 4, 2017. The Emoji Movie is produced by Sony Pictures Animation and it will be released by Columbia Pictures. The 3D computer- animated film is directed by Tony Leondis and written by Leondis, Eric Siegel, and Mike White. It stars the voices of T.J. Miller, Ilana Glazer, James Corden, Tom Cane, Steven Wright, and Rob Riggle.

The companies also announced that they will both offer their unique sets of icons and characters. The chance of confusions in the marketplace are extremely slim. SPA will bring their original and proprietary The Emoji Movie motion picture content. On the other hand, the emoji company GmbH offers its own characters and icons. Everyone knows the classic look and feel of these from the Unicode. Even though the companies will work together, it will be easy to separate their contributions to the upcoming animated film.

The story of the movie is set in Textopolis, the city where all emojis live, just waiting to be selected by the smartphone user. One of these emojis is Gene. He is different from every other emoji. Instead of having only one facial expression, he has several. This is due to the fact that he was born without a filter. Even though being different is often a good thing, Gene wants to become a regular emoji. In order to become “normal”, Gene asks the help of his friends, Hi-5 and Jailbreak. They embark on a journey across the apps of the smartphone to find the code that will fix the main character. Of course, on their journey they encounter a greater problem. They need to save the entire emoji population before the phone deletes them.