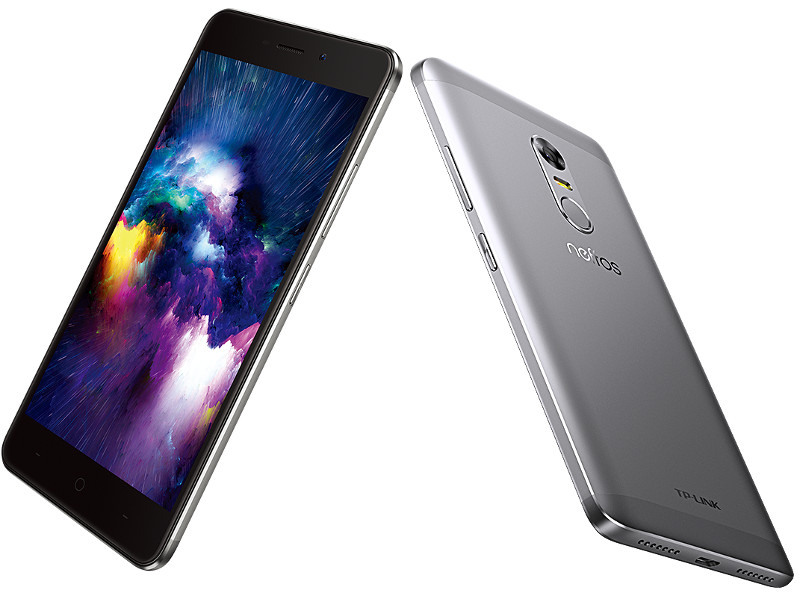 The Mobile World Congress 2017 is on and, as expected, there are a lot of new gadgets on display. TP-Link’s Neffos is one of the companies that have something new to show off. The company is a recently established one, even so, it has two new smartphone models on display. The company now showcases the 5-inch Neffos X1 and the 5.5-inch  X1 Max in Barcelona, Spain. Those who want to check them out can do that until March 2, when the congress ends. While the smaller smartphone is already available in a great number of countries, the X1 Max will only hit the shelves in the second quarter of this year.

Both smartphones have a simple, yet elegant design, with dual-curved metallic back covers. They are quite slim, with a body that measures only 7.85mm in the case of the X1 Max and 7.95mm in the case of the smaller model. Even though these models are far from being bezel-less, the manufacturer kept the bezels as narrow as they could. Thanks to this, the screen-to-body ratio of the smartphone is 76 percent. Both models run on a custom software based on Android Marshmallow and are powered by  MediaTek octa-core chipsets.

The Neffos X1 comes in two versions. The more powerful one includes 3GB of RAM and 32GB internal storage, while the less impressive one offers only 2GB of RAM and 16GB internal storage. As the majority of people would expect it, the X1 Max has a little more to offer. This model also comes in two variants, offering 3 or 4Gb of RAM and up to 64GB internal storage. The smartphones also feature a microSD card slot which allows users to further expand the memory of their devices by up to 128GB. In order to offer a higher level of security, both models feature a fingerprint sensor. Also, both models have a 13MP back camera and a 5MP front-facing camera for selfies and video calls.

As far as batteries go, the two models offer different capacities. While the X1 Max has a 3,000mAh battery that should take users through the day, the X1 only features a 2,250mAh battery. Even so, with normal use, this should be enough for a regular day. However, users will probably need to charge these smartphones daily. The price of the X1 model starts at €199, so these features are quite all right. The X1 Max’s price is a little higher, but even so, the €249 price tag is quite acceptable for what it has to offer.

As long-time IT enthusiasts, gamers and gadget fanatics, Mark and I have been working in the industry for a long time and we both have a vast experience in dealing with smartphones, tablets, PC and console hardware and everything tech-related. My list of industry insiders is long-enough to allow me to get insights into what's going on in the technology field and provide my readers with interesting and timely updates. I focus on brief, to-the-point reporting, keeping the "bla bla" to a minimum and making sure my readers get easy access to important information and updates. I mainly specialize in Android-based mobile devices, leaving iOS and Apple devices in Mark's capable hands.
Previous SLIDE Launches New Windows Tablet and Notebook Lineup
Next BrailleSense Polaris is the first Virtual Braille Tablet for the blind