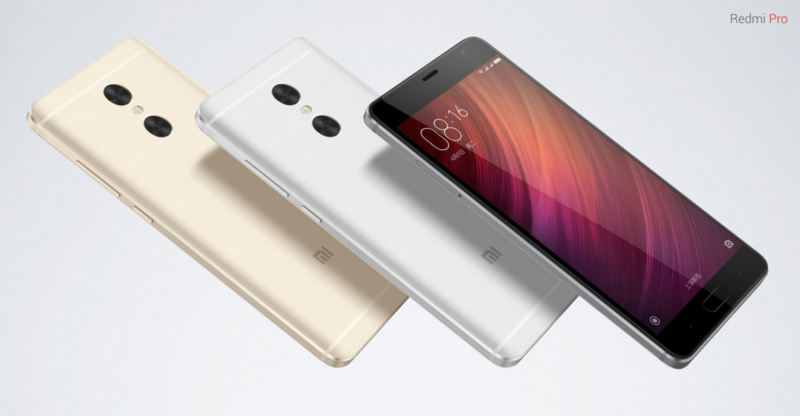 Xiaomi is preparing the launch of its Mi 6 next month. Even though this will be the flagship of this year for the company, they will also launch a new smartphone this month. According to reports, the company will release the Xiaomi Redmi Pro 2 before the end of March. This handset may not be as impressive as the Mi 6, still, it can prove to be worth checking out. Up until recently, rumor had it that the second generation Redmi Pro will sport a Snapdragon 660 chipset. Now, it seems it will go for the MediaTek P25 processor.

The Redmi Pro 2 will be an upgraded version of the first smartphone in the Redmi Pro line. It will definitely not be a high-end smartphone. however, it promises to have at least decent features, just as its predecessor did. One of the best features of this particular handset will be its dual camera setup. Even though some people thought that this time around we will see 16MP cameras, it seems that the company will stick to the 12MP ones instead. Even so, it is a good feature for a mid- ranger. The Xiaomi Redmi Pro 2 will supposedly have sell for 1599 yuan ($231) and 1799 yuan ($260), respectively.

The more affordable version will include 4GB of RAM and 64GB of internal storage. The slightly more expensive model will offer 6GB of RAM and 128GB of ROM. Both models will feature a metallic body and 2.5D arc glass screen. Even though the stronger processor would have been welcome by many, the MediaTek 25 is perfect for dual-camera usage. Given the fact that this is the strong point of this smartphone, it’s not a surprise that the company chose this option in the end. The Redmi Pro 2 may not be the high-end handset people are dreaming of, but it will probably be a good smartphone for those who don’t need extra features. The handset will be affordable, just like the majority of other Xiaomi products. We wouldn’t be surprised to see this model become quite popular in its niche.

I'm very curious when it comes to technology. I enjoy tinkering with entertainment and communication gadgets.
Previous Galaxy S8 Plus Leaked Image Confirms 3,500mAh Battery
Next iPhone 8 Will Feature a Larger Battery and Increased Battery Life