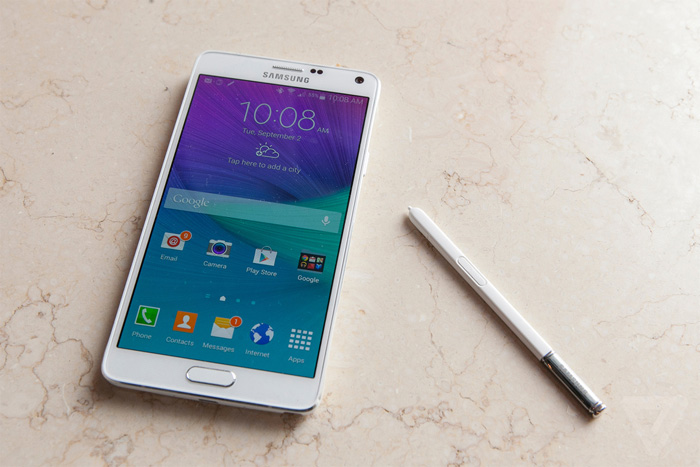 Once again Samsung has been hit by technical problems with their phones. This time a number of Galaxy Note 4 batteries have been recalled due to overheating concerns. This is the last thing that Samsung needed in the press ahead of the release of their new Note 8.

Perhaps even more frustratingly Samsung isn’t even at fault here. Instead FedEx appear to be responsible. A number of Samsung note 4 batteries supplied by the courier giant may be counterfeit. The delivery company handles the refurbishment repair and testing of products for a number of different clients. This includes the batteries for the Samsung Note 4. The batteries in question were installed in around 10,000 refurbished AT & AT Note Four units. So far there have been no reports of injuries or damage to property due to overheating.

The scale of this problem is nowhere near as big as the Samsung Note 7 disaster last year. The recall is already underway and savvy users will simply remove the battery themselves. FedEx have moved quickly and are already mailing a new battery identified with a green dot to users who got a replacement note 4 between last December and this April. The company will also provide a pre-paid box to return the re-called battery.

The news could lower consumer confidence ahead of the Galaxy Note 8 release.

This news will prove an unwelcome reminder for Samsung. The Galaxy Note 7 was slated to be the flagship phone of 2016. Instead a severe technical fault led to it being one of the biggest disasters in Samsung’s recent history. So far consumers appear to have been relatively kind to Samsung in light of the Galaxy Note 7 debacle. The Galaxy 8 and 8S did remarkably well and are widely regarded as the best smart phones available right now.

That being said, people have long memories. The fact that Note 4 batteries have been recalled will serve as an uncomfortable of the Galaxy Note 7 battery overheating issues and it might be enough to make wary consumers think twice about purchasing the phone. From Samsung’s perspective the success of the Galaxy 8 and 8S demonstrated that the public are still willing to trust them to deliver great products. If the Galaxy Note 8 does well then it re-cement their position as Apples greatest rival.

If on the other hand the Galaxy Note 8 does poorly it could undo  the success of the Galaxy 8 and 8S and set the company back. Any major drop in sales could damage investor confidence and might even force Samsung to drop the Galaxy Note line entirely. Samsung will be doing everything they can to ensure that the launch on August 23rd is a success.

The Samsung note 8 is set to be revealed next week and all indications are that  it’s going to be a pretty great phone. Samsung will have to hope that the fact Galaxy Note 4 batteries have been recalled doesn’t damage consumer confidence and throw cold water all over their launch.

I have always been fascinated by the impact of new technology and discoveries on the World around us. Every great advancement mankind has made has had a profound impact upon our society. Now our science and technology is advancing at a rate never before seen. It is my mission to understand the latest changes in the tech and science world and try to relate it back to our lives and how it will change the world around us. For good or ill.
@SaulBowden
Previous The new Google docs update is here and it’s pretty awesome
Next Galaxy Note 8 needs to be Samsung’s best phone yet