Home / Smartphones / Move aside Samsung, Xiomi’s Mi Mix 2 will have less bezel than the Galaxy S8 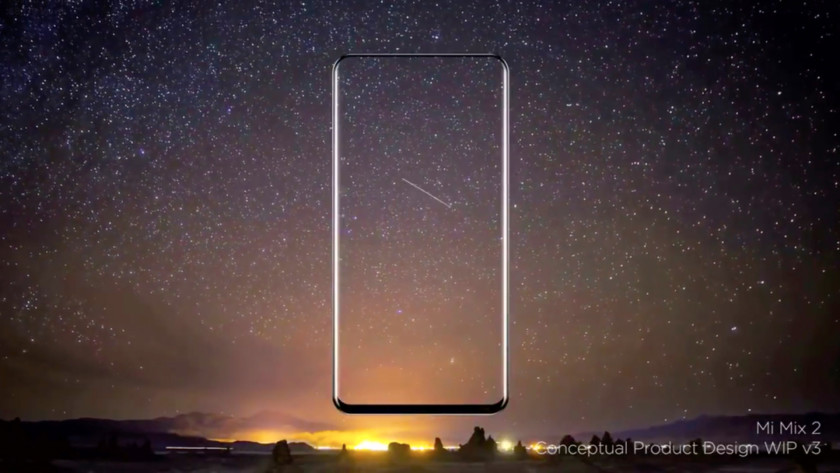 Move aside Samsung, Xiomi’s Mi Mix 2 will have less bezel than the Galaxy S8

Xiomi are well known for being unafraid to take risks. Last year the Chinese phone giant set a new trend when the Mi Mix shipped with a breath-taking all screen display. Now they’re looking to set a new standard with the Mi Mix 2. If you thought that the Samsung Galaxy 8s had a lot of screen then just wait and see what Xiomi are planning.  A concept video seems to show that the Mi Mix 2 will have less bezel than the Galaxy S8

The video’s producer, Philippe Starck has collaborated heavily with Xiomi on the design so it’s safe to assume that the video is fairly accurate. It shows the front display of Mi Mix 2 from front to bottom and the display is completely bezeless on three sides. The Mi Mix 2 also looks set to continue the trend of having the front camera placed on the bottom of the phone to reduce the amount of bezel needed. A Samsung employee has cast doubts upon the the idea that the Mi Mix 2 will have less bezel than the Galaxy S8 Stating that they don’t believe the supply chain can handle such a large screen.

While there will likely be some divergence it is safe to say that the Mi Mix 2 won’t stray far from Starck’s concept video. One thin is certain, it is Xiamo’s plan that the Mi Mix 2 will have less bezel than the Galaxy S8.  If that is the case then Xiomi may be building a phone capable of rivaling Samsung’s well recieved Galaxy S8.

The Mi Mix’s 2 predecessor was unveiled in October of last year. So it’s fairly likely that the official announcement for the Mi Mix 2 will be some time over the next couple of months. What we’ve seen so far implies that Xiomi are working on something really impressive.

We already know quite a bit about the Mi Mix 2 from previous leaks. The Mi Mix 2 will run with Android 7.1.1 Nougat. It will ship with 6GB of RAM and a Qualcomm snapdragon 835 SoC. This would put the Mi Mix 2 on par with the other big hitters from 2017.

Int terms of display the almost bezel free screen will be 6.4 QHD display with 1440X2540 resolution. This is good but it might not be enough for virtual reality enthusiasts who might be happier with the Galaxy Note 8’s super AMOLD display.

In terms of camera it is safe to assume that Xiomi will be jumping on the dual lens bandwagon. Early renders show as much. It seems likely that the phone will sport at least 19 megapixel rear cameras and a 13 megapixel camera for selfies in the front. This camera will probably be placed at the bottom of the phone in order to keep the top of the screen bezel free.

If this design is anything to go by the Mi Mix 2 could really make some waves when it announced. Lets just hope that consumers out side of China will be able to get their hands on it.

I have always been fascinated by the impact of new technology and discoveries on the World around us. Every great advancement mankind has made has had a profound impact upon our society. Now our science and technology is advancing at a rate never before seen. It is my mission to understand the latest changes in the tech and science world and try to relate it back to our lives and how it will change the world around us. For good or ill.
@SaulBowden
Previous Galaxy Note 8 needs to be Samsung’s best phone yet
Next Avocado seed husks might be able to fight cancer