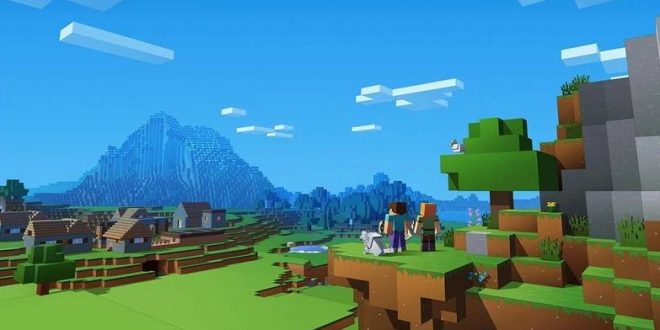 Skin is a texture placed on a player or mob model. The texture is presented in the form of a PNG file, on which parts of the body are depicted separately. Each part of the body is presented in the form of two layers: on the first layer the body part is depicted, on the second layer it is possible to depict a helmet, glasses, a bracelet, etc. You can find a huge collection of skins here https://skins4minecraft.com/.

Despite the format, the first layer of the skin cannot be translucent. If you put a semi-transparent skin, then in the game it will still look opaque. The second layer can be made transparent.

There are skins of different tastes, starting with minions from the cartoon «Despicable Me» and ending with Link Minecraft skin, who is a fictional character and the main protagonist in Nintendo’s The Legend of Zelda. 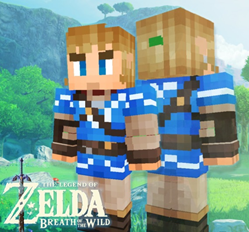 To create a skin as a basis, you can take the template that you’ve got in Minecraft. You can edit it in any image editor that supports a transparent background. You can take a skin from the standard set of skins for other mobs, but the skin, for example, for the creeper and the player has different formats. Compatible with them are only with the textures of zombies, pigs and zombies-pigs.

Minecraft license holders can install the skin through their profile on the official website. The size of the skin should be 64×64 (up to 1.8×64×32). However, even in current versions, you can use a 64×32 skin.

The standard skin is stored in the «.jar» file of the game (located in the <game folder>/versions/<version of the game>), in assets /minecraft/textures/entity, in the file «steve.png». Replacing it, you can replace the standard skin. Also, it changes easily through the resource pack. But changing the base appearance of the character, remember, that this will look differently only for you. All other players will see you as just Steve.

In the pocket edition and Bedrock Edition, a skin in «.png» format is selected from the device’s gallery, skin packs are also available.

In versions of Xbox 360 and PS3 editions, you buy a set of skins, you can also purchase a free version, in which there are several available skins. The skin can be selected in the «Change skin» in the «Help&Options». You cannot put your skins. You can copy the texture and put the skin in the PC version. Here are the very first free skins:

There are skins with raincoats, with different tails and horns, as well as versions of Alex.

Cloaks are a complement to the player’s skin. The issuance of official raincoats is controlled by game developers, and one cannot get such raincoats on their own. 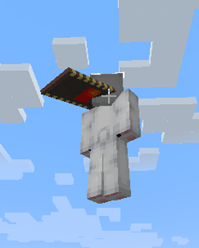 There are also informal cloaks added by modifications. Such raincoats are visible only to players who have installed the appropriate modification. The best of them is OptiFine, since every third player has this modification, and you can buy this raincoat on the OptiFine website for $10.

If you donэt know which skin to choose, then you can observe the possible options on different sites on the Internet and decide which of the skins you prefer.

Smartphones, tablets, laptops, drones, smartwatches my goal is to review them all.
Previous Samsung Galaxy Note 9 could launch on August 9 without major design changes
Next How to recover deleted Recycle Bin files with data recovery software

There are several important questions to ask your prospective software development company. Hiring a reputable …