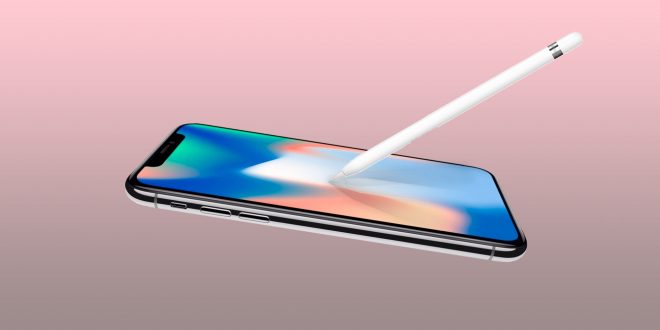 Even though Huawei has recently become a serious player in the smartphone supermarket, the two giants that are in a constant war are still Apple and Samsung. Up until now, many Android-running smartphone manufacturers tried to copy Apple’s smartphones the best they could. This year, it seems that the wheel has turned and Apple is going to deliver an iPhone that looks a lot like a Samsung Galaxy Note 9. Or a Note 8, for that matter. This is quite surprising, as Apple used to be the face of innovation. The fact that they ran out of ideas is quite concerning. Of course, the iPhone X2 will most likely be a powerful device with a lot of great features. However, some of them will turn it into just another Samsung Galaxy Note device.

Last year’s iPhone X was truly a great device. Indeed, it copied the notch Essential has previously introduced, but it also reinvented it, so the reuse of this feature was not as eye-catching as one would have thought. Also, it is really important to take into consideration that the iPhone X was the first iPhone in years to come with significant design changes and these distracted us from seeing the resemblance between it and other existing smartphone models.

This year, rumor has it that the iPhone X2 and its siblings will come with even more new features. New for Apple, at least. One of the rumor states that the new iPhone X2 will offer support for the Apple Pencil. This sound a lot like the Samsung Galaxy Note family’s feature, the support of the S Pen. This time around it is quite clear who is copying who, as the S Pen and the Galaxy Note series have been around for several years and this will be the first iPhone ever to offer this feature.

Another thing that is reportedly going to change is the support of several SIM cards. Even though Android devices have had dual-SIM variants for years now, the upcoming iPhone X2 will actually be the first Apple smartphone to offer this feature. Of course, the fact that Samsung’s Galaxy smartphones came in dual-SIM variants for quite a while now doesn’t mean that this is a feature only these models have. Even so, it’s strange to see Apple adopt this feature at the same time with the support for Apple Pencil.

The fact that Apple is trying out new things is, after all a good thing. Every smartphone manufacturer needs to keep up with the trends. The surprising thing is that Apple suddenly decided to adopt features that are characteristic to Samsung Galaxy Note devices. Is Apple running out of ideas or is this just a way to acknowledge that Samsung has some good ones too? We are eager to see what the new-generation iPhone X2 will look like and just how similar it will be to the Samsung Galaxy Note series.