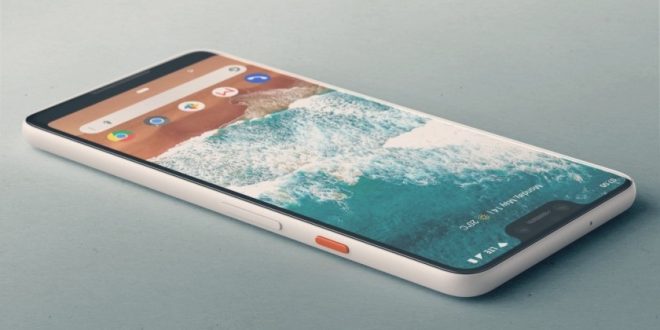 The new iPhone family and the Pixel 3 and 3 XL are the only flagship smartphones we have to wait for this year. Apple will supposedly launch three new devices, however, Android fans are eagerly waiting for the Pixel 3 and its sibling, the 3 XL. A lot of rumors surfaced regarding the new handsets and honestly, it seems that we already know everything there is to know about the upcoming handsets. Now, we even know when Google will officially unveil them. Some suggested an October 4 launch date, however, according to the latest reports, we will have to wait a little longer. The launch event could take place on October 9, in New York.

Just like last year, rumor had it that there will be three new models. Just like last year, there will be only two: the Pixel 3 and the larger Pixel 3 XL. Of course, there is no official information regarding the devices yet, but it’s safe to say that Google won’t manage to pull such a surprise off. Nowadays leaksters find out almost everything there is to know about the new smartphones way ahead of their official launch dates, so it’s hard to believe that a third model will surface last minute.

What we do know so far is that the 3XL will be the model that adopts the camera notch. This means that the smaller model will probably have a thicker bezel, even so, it might just be the prettier device out of the two. Rumor also has it that the new XL model will get dual camera setup on the front, and both variants will support wireless charging. This would be a first for Google. Even though the Google Pixel 3 and 3 XL will probably be two of the best devices, performance-wise, of the year, they don’t really promise to be head-turning. The Pixel devices will most likely be just as common-looking as the majority of smartphones nowadays. Then again, Pixel fans don’t usually opt for the Google smartphones because of their looks, instead, they are going for the pure Android experience.

Some thought that we will also get an affordable Pixel model this year. Given the fact that it seems like there will only two models, it’s hard to believe that one of them will be cheap. Instead, we should expect the Google Pixel 3 and 3 XL to have similar price tags to the ones on the Pixel 2 and 2 XL. These models should both come with the Qualcomm Snapdragon 845 chipset on board and include at least 4GB of RAM and 64GB internal storage, so they could be worth their price, after all.

There are only a few weeks left until the official unveiling of the new Google smartphones. Before then, we will probably hear a lot more about them, including details about their pricing, specs, features, and availability. Even though we are hoping for some cool surprises, chances are the new models will be very similar to last year’s devices, with some upgrades camera-wise and a new chipset.

I'm very curious when it comes to technology. I enjoy tinkering with entertainment and communication gadgets.
Previous Tips to improve your gaming skills
Next 5 Major Reasons Why Your Website is Slow