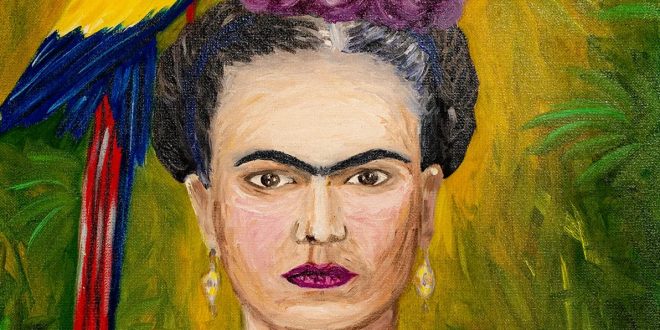 A Non-Fungible Token (NFT) fanatic allegedly mistakenly believed that burning a priceless sketch would raise its value on the blockchain. The artist is being looked into by Mexican authorities for the prank, in addition to not recovering even close to the value of the artwork.

Martin Mobarak, a businessman, destroyed a piece of famous Mexican artist Frida Kahlo’s work while minting 10,000 NFTs with its image on them. He must have thought these were more valuable than the original piece. The drawing, however, was worth about $10 million before it was burned, whereas, according to the New York Times, only four NFTs have been sold thus far, raising about $11,000.

Before what appeared to be more of a typical burning than a rebirth, Mobarak declared in a statement that the collection of 10,000 NFTs represented the rebirth and longevity of a timeless work by Frida Kahlo, Fantasmones Siniestros.

“Saturday night in Miami, this art will be altered to exist forever in the digital world.” in particular by converting it from a drawing into a burned-out drawing.

“People might think I destroyed it,’ I didn’t, though,” Mobarak said to Vice. I’m introducing it to the world in this way. I’m allowing everyone to view it. In my opinion, it makes a bigger statement and provides more good for the world than just remaining in a single person’s private collection.

The National Institute of Fine Arts and Literature said in September that the drawing’s destruction was the subject of an investigation.

According to federal law on archaeological, artistic, and historical monuments and zones, “the willful destruction of an artistic monument constitutes a crime,” the group claimed in a statement obtained by the New York Times.

The drawing itself may have been a fake, according to certain theories. However, Mobarak would still face additional legal ramifications if this were to happen.

Leila Amineddoleh, an attorney specialized in cultural heritage law, told the New York Times that “if he did truly burn it, he is breaking one statute.” And if he hadn’t, if it had been a reproduction, he might have broken the law on copyright. Additionally, it can be fraud if the original was reproduced with the intention of deceiving.

Vice was informed by Mobarak that the piece of art was an authentic original that he had acquired from a private collector back in 2015.

As long-time IT enthusiasts, gamers and gadget fanatics, Mark and I have been working in the industry for a long time and we both have a vast experience in dealing with smartphones, tablets, PC and console hardware and everything tech-related. My list of industry insiders is long-enough to allow me to get insights into what's going on in the technology field and provide my readers with interesting and timely updates. I focus on brief, to-the-point reporting, keeping the "bla bla" to a minimum and making sure my readers get easy access to important information and updates. I mainly specialize in Android-based mobile devices, leaving iOS and Apple devices in Mark's capable hands.
Previous Google has begun processing Stadia reimbursements
Next Introducing Pineapple, the platform promising to transform business networking for Generation Z