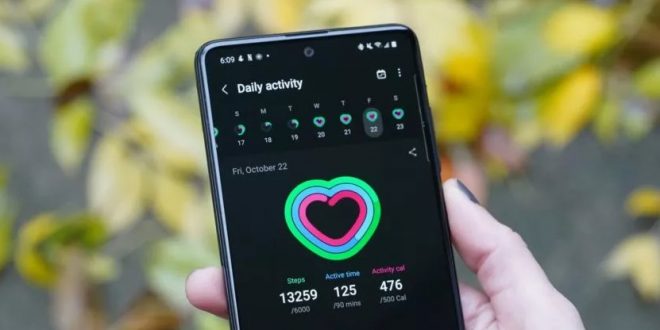 A beta version of Google’s Health Connect app has been published.
Users will be able to exchange their health and fitness data between apps thanks to Health Connect.
Users will be able to modify privacy settings from various wellness apps through the app.
An updated Google Play app is being unveiled. The app seeks to make connecting all of your health, fitness, and wellbeing apps easier while also letting you control privacy settings centrally.

Google and Samsung have together developed an app that can let you manage all of your apps from one location. Google has announced that it is putting the beta version of the software, known as Health Connect, on the Play Store.

Google describes how Health Connect lets users exchange “health and fitness data across Android devices, with user agreement” in a blog post. Apps that are integrated with the platform can share data as well, allowing users to receive credit for exercises they completed on one app while exercising on another.

The business provided the following illustration to further clarify:

For instance, Android users will soon be able to integrate with apps like Oura, MyFitnessPal, WeightWatchers, and Lifesum and receive credit for their Peloton exercises. Peloton Members will now have the opportunity to share their workout statistics across the ecosystem of applications they use to support their overall wellness thanks to a single integration with Health Connect.
Google claims that Health Connect would establish a centralized location for all of your privacy controls in addition to sharing health and fitness data. Consequently, you won’t need to open each appropriate app individually to change your data permission settings because this page will collect them all in one location. Granular controls are reportedly included in this function, allowing users to “see which apps are accessing data at any given time.”

According to Google, the platform is currently integrated with over 10 fitness, health, and wellbeing apps. MyFitnessPal, Oura, Peloton, Samsung Health, Fitbit, and more are a few of these. These are only the first wave, according to the tech behemoth, so it appears that further compatible apps may be released in the future.

As long-time IT enthusiasts, gamers and gadget fanatics, Mark and I have been working in the industry for a long time and we both have a vast experience in dealing with smartphones, tablets, PC and console hardware and everything tech-related. My list of industry insiders is long-enough to allow me to get insights into what's going on in the technology field and provide my readers with interesting and timely updates. I focus on brief, to-the-point reporting, keeping the "bla bla" to a minimum and making sure my readers get easy access to important information and updates. I mainly specialize in Android-based mobile devices, leaving iOS and Apple devices in Mark's capable hands.
Previous After a record-breaking 908 days in orbit, Boeing’s X-37B spacecraft lands
Next What is Sam Bankman-background, Fried’s and how did he lose so much money so quickly?

Allow space for yet another play about preventative health: After four years of covert development, …